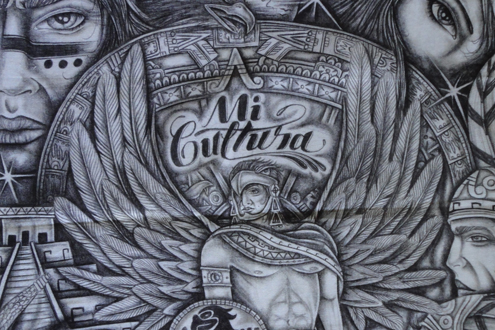 Douglas Chrystall argues that the prison industrial complex doesn’t want our non-native speakers to learn English, which is why we must help them

Whatever else you think about the Common Core State Standards, they were definitely designed for English speakers. That means that anyone who doesn’t speak English as a first language is already at a disadvantage. We are seeing the emergence of some curricula to provide basic Common Core help in Spanish, but even that is very limited, and outside of that, there is zero support for the growing populations of immigrants who speak languages such as Arabic, Cantonese, Somali, Ukrainian, and Tagalog. Federal and state governments mandate that schools deliver suitable access to the Common Core for all students, but they are not providing the tools that educators need to support English language learners (ELLs).

An especially challenging subset of ELLs are long-term English learners (LTELs). Oftentimes, these students are orally bilingual but don’t have the ability to read or write English for academic purposes. In school, they try to fly under the radar, faking understanding where possible. They are the least engaged students in class, and because they perform below grade level in reading and writing, they struggle in all subjects. Because their lack of academic English hurts their overall performance at school, LTELs are most at risk of dropping out. Students who drop out of school early are most likely to get into trouble with the law and find themselves in juvenile detention when they are younger than 18—and in prison when adults. Unless we help these students learn academic English, they are stuck in a vicious cycle that becomes more and more difficult to escape.

The results of not providing adequate assistance to this new wave of ELL students can be seen in statistics. According to the U.S. Department of Justice’s Office of Justice Programs, immigrants with “poor to no” English are much more likely to end up incarcerated than English speakers. What is not being discussed widely is the true cost to society over the next decade. As an example of how limiting it is to not speak English in America, a 2005 census report found that 60% of people who don’t speak, understand, and write English at a fourth-grade level will not find full-time employment. And those who do find full-time work will earn, on average, half as much as their English-speaking counterparts.

As students become disenchanted and disenfranchised, their propensity to turn to crime increases. The private prison system actually builds juvenile detention facilities and adult prisons in areas where there is a high population of immigrants who are ELLs. This is because there is a direct link from not being able to speak, read, and write English to failing in school and getting stuck at a low level of education where prospects for decent employment and a chance at the American dream are minimal. The prison industrial complex has a term for this: the “school-to-prison pipeline.” The incarceration industry has built its American nightmare on a business model where our least educated citizens will be in and out of prison for most of their lives (from 14–70 years of age).

I’m not going to link the terrible tragedies of the last few months to a lack of English language support, but educators must be aware that if students are not integrated into the wider society, they will feel alienated and persecuted. At best, they won’t maximize their potential, and at worst, they will become hostile to the system that they find themselves in.

As any doctor will tell you, prevention is better than cure. It may already be too late for a generation of immigrants, but there is so much hope for our students entering the K–12 system. A dollar spent on a student today is $20 saved in ten years’ time. While learning English won’t solve all the challenges facing immigrants, it will certainly help them on their way. Here are a handful of ways that educators can help the new generation of immigrants improve their chances of learning English, staying in school, and eventually finding good jobs.

Start early. Students who gain a grasp of academic English in elementary school have a much better chance at succeeding in the classroom. Those who start later in life are much more likely to become classified as LTELs.

Keep ELL students in mainstream classes. Rather than isolating these students—who, as I mentioned before, already have a tendency to be quiet and withdrawn—keep them in classes with their wider peer group in two ways. First, teachers should make a point of engaging these students in class so they get as much experience as possible speaking academic English. Second, schools should provide them supports they can use outside of class time to accelerate their English learning. Lessons that use video and sound can help jump-start a student who might be stuck at a certain level.

Track performance and act on the information collected. For students who are at risk of falling through the cracks, a little bit of data can go a long way. For example, knowing which learning activities students have accessed; how much time they spent on an activity; how many times they repeated each activity; and what key words, phrases, or concepts students have mastered can help teachers see exactly where students are succeeding and where they might need more help.

Finally, a little food for thought: what if we spent the same amount on education per student (currently $8,500 per year) as we do on incarcerating someone ($47,000 per year)? If we used those funds to increase the number of teachers, decrease class sizes, and make English language learning more accessible to all, the prison industry would shrink. More importantly, people would become more productive, earn more money, and contribute more positively to society. Now, that’s how we “make America great again.”

Douglas Chrystall is the co-founder of Lingo Jingo, an award-winning language-teaching platform designed for language educators. Under his leadership, the company recently received a Small Business Innovation Research grant from the Institute of Education Sciences and the U.S. Department of Education. Douglas has worked in the software industry for more than 20 years, and is the author of several technology patents in use today. He is extremely passionate about how IT can improve educational outcomes, and works closely with local schools on the best use of technology.