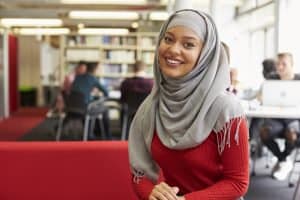 Arabic (العربية al-ʿarabīyah or عربي ʿarabi) is a Central Semitic language, thus related to and classified alongside other Semitic languages such as Hebrew and Syriac. In terms of speakers, Arabic is the largest member of the Semitic language family. It is spoken by more than 280 million people as a first language and by 250 million more as a second language. Most native speakers live in the Middle East and North Africa. Different spoken varieties of Arabic exist and differ according to region. Not all of the varieties are mutually intelligible and speakers may use a sort of medial language with features common to most Arabic varieties to communicate with speakers of mutually unintelligible varieties. Standard Arabic is widely taught in schools, universities, and used in the office and the media.

Modern Standard Arabic derives from Classical Arabic, the only surviving member of the Old North Arabian dialect group, attested in Pre-Islamic Arabic inscriptions dating back to the 4th century. Classical Arabic has also been a literary language and the liturgical language of Islam since its inception in the 7th century.

Arabic has lent many words to other languages of the Islamic world. During the Middle Ages, Arabic was a major vehicle of culture in Europe, especially in science, mathematics and philosophy. As a result, many European languages have also borrowed numerous words from it. Arabic influence is seen in Mediterranean languages, particularly Spanish, Portuguese, Maltese, and Sicilian, due to both the proximity of European and Arab civilization and 700 years of Arab rule in the Iberian peninsula.
Arabic has also borrowed words from many languages, including Hebrew, Persian and Syriac in early centuries, and contemporary European languages in modern times.

01/28/2010 Translators Push to Have Arabic Join Twitter
Since the Arab spring revolution and the use of social network Facebook to overturn governments in the Middle East, volunteers from the UAE have been working to bring Arabic interface to the micro-blogging site Twitter. The National reports that the project includes approximately 2,500 volunteers from 28 countries. Twitter currently does not have an interface and searching for topics in Arabic is difficult.

The Arabic twitter initiative was first launched in November at the Sharjah International Book Fair.

“I wanted to get involved in this because Twitter has a lot of languages, but not Arabic,” said Rana Mansoor, a translator, in an article by The National.

The goal of the project is to write an Arabic version of the Twitter website, including documentation, glossaries, and elements. The hope is that once the project is completed that the Arabic information can be sent to Twitter.

“The project has been going very well,” Mr. Sami Mustafa Al Mubarak, one of the project founders, remarked in The National article. “We have translators from 20 out of the 22 Arab countries in the project, which is something we’re very proud of. It’s the first online project in the Arab world that uses the community for a purpose and the first online volunteer Arabic translation project. It turns people from being just consumers of content to producers.”

Twitter has grown remarkably quickly in the Middle East. French company Semiocast reported that Arabic is now the eighth used language on Twitter. Another report also stated that the number of tweets in Arabic have grown by an astonishingly 2,146 percent over the last year.

Check out the original article here. 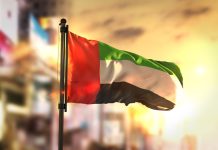