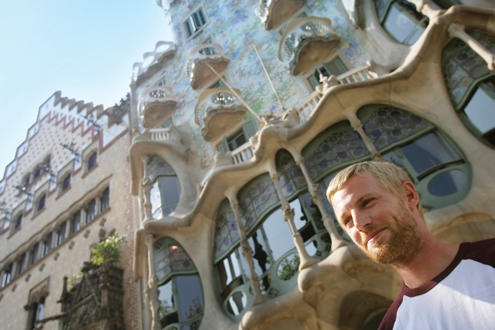 A new survey by the Institute of International Education (IIE) and the Forum on Education Abroad has found that study abroad by U.S. college students was on the rise in 2009/10, after experiencing a slight downturn the previous year. After reporting decades of steady growth, reaching a high of 262,416 students studying abroad on official programs in 2007/08, IIE’s Open Doors report showed that study abroad by U.S. students had decreased by just less than one percent for the 2008/09 academic year, when 260,327 students studied abroad for academic credit at their home institution.

To get an early indication of current study abroad enrollments, IIE and The Forum joined together to ask campus administrators about study abroad trends this past academic year for their students. The online survey conducted in October 2010 included questions about increases or declines in the numbers of students studying abroad, changes in student choices, changes in campus study abroad budgets and staffing, and steps taken by campuses to increase study abroad. Educators at 238 campuses responded, including 169 campuses that each send over 100 students abroad annually.

More than half of the campuses (55%) indicated that there had been an increase in the number of their students studying abroad in 2009/10, compared to 32 percent who indicated they had seen a decline. This response suggests that study abroad enrollments are rebounding, when compared with findings of a similar survey conducted last year, the Forum on Education Abroad’s Survey on the Impact of the Global Economic Crisis on Education Abroad (September 2009). In that Fall 2009 survey, only 39 percent of respondents indicated an increase in study abroad during academic year 2008/09, and 59 percent of respondents indicated an enrollment decline. In the Fall 2010 survey, many campuses said they were taking steps such as forming new international partnerships to enable more students to have overseas experiences, and that they were not seeing as many cuts to their study abroad budgets and staffing as they had in 2008/09, immediately following the economic crisis of 2007.

Allan E. Goodman, president and CEO of the Institute of International Education, said, “International experience provides key skills needed by American graduates to succeed in the global workforce. From this survey, it is clear that U.S. students continue to be deeply interested in studying abroad, and that students and campuses are working together to find ways to enable them to take part in these important opportunities. As educators our challenge remains one of making international a part of what it means to become educated.”

Brian Whalen, president and CEO of the Forum on Education Abroad, commented, “Education abroad can serve as an essential component of a student’s global education and I am very pleased to see that participation is rebounding this year. U.S. campuses, provider organizations and overseas partner institutions have made this possible by working together during these challenging economic times to make education abroad accessible for more students.”

Campuses reported that students were making some changes in the types of study abroad programs they enrolled in due to the economic downturn. Students are increasingly choosing shorter programs (46%), less expensive programs (45%) and programs in which their financial aid can be used (43%), as well as programs going to less expensive world regions (33%). 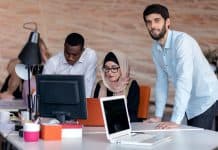 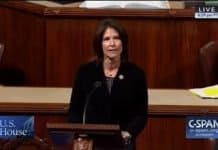