State of the Teaching Profession 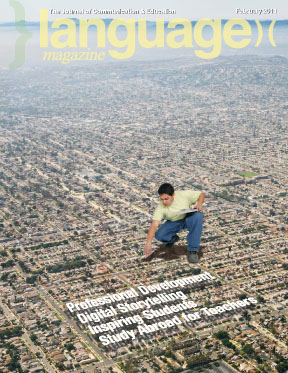 Last month, President Obama spent a substantial portion of his State of the Union address (about 1,000 of the 7,000 words) on education. It is encouraging to see that education is once again being afforded the importance that most Americans think it deserves, especially during this time when all the press is interested in is the economy.

Even more encouraging was the President’s “we need you” appeal for teachers: “We want to reward good teachers,” and: “If you want to make a difference in the life of a child — become a teacher.”

Obama cited the Korean education system as an example we would do well to follow: “In South Korea, teachers are known as ‘nation builders.’ Here in America, it’s time we treated the people who educate our children with the same level of respect,” he said.

Although we should applaud his sentiment, South Korea’s reality is not as rosy as the President’s portrait. Pressure to succeed at school is all-consuming, to the extent that a South Korean blogger explains: “As someone who has straddled multiple cultures throughout my life, I can firmly say that the ‘culture’ of education in the U.S. is the one in which I would want my child; South Korea’s would be one of my last choices.”

And then, we should consider the way in which Seoul is quick to limit teachers’ democratic rights. Just last month, the Seoul Central District Court, found some members of the Korean Teachers and Education Workers’ Union, including its former leader, guilty of violating laws banning public officials from political activities by making donations to the opposition Democratic Labor Party. Some 130 teachers were fined.

It is a serious crime, the court said, for teachers, who act as role models for their students, to disregard the duty of political neutrality as defined by the country’s Constitution.

Whatever the situation in Korea, few can disagree with the President’s assertion that school teachers deserve more respect.

However, Obama’s subsequent declarations indicate that too much emphasis is being placed on the STEM (Science, Technology, Engineering, and Math) subjects: “We want to prepare 100,000 new teachers in the fields of science, technology, engineering and math,” and that “We need to teach our kids that it’s not just the winner of the Super Bowl who deserves to be celebrated, but the winner of the science fair.”

There is a growing body of research showing that what is limited in our educational system is learning that is academic rather than consumerist or market-driven (Academically Adrift: Limited Learning on College Campuses, Arum and Roksa, 2010). And the latest research supports the argument that we need to concentrate on closing the achievement gap if we want to see general educational improvements in the U.S., so increasing opportunities for English Language Learners (ELLs) should be a priority (see News, page 9).

If the President really wanted “every young person listening tonight who’s contemplating their career choice [to] become a teacher,” he would be well-advised to push for higher teacher pay, greater autonomy, and to recognize that it is proficiency in the arts disciplines, including English language arts and world languages, that helps to produce the critical thinkers that shape our society.

Travel Wise
Why should kids have all the fun? There is a wide range of professional development programs for teachers that also just happen to have an international element