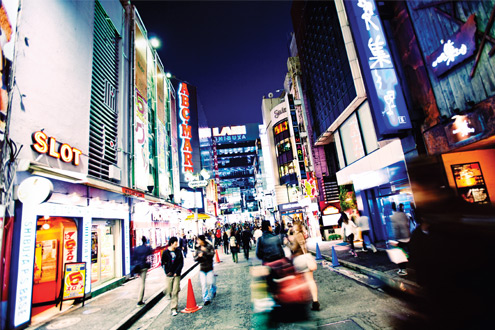 The Royal Academy of the Spanish Language which is one of the authorities regulating and preserving the changes that occur in the Spanish language, in the 22nd edition of its dictionary (2001), defines language as “System of verbal and, almost always, written communication that belongs to a specific human community.” Learning a new language can open the door to many opportunities.

According to recent research, learning a new language makes it easier to learn subsequent languages. The more languages we learn, the easier it becomes to learn a new one. I can testify to this fact from my own experience as a multilingual person. My mother tongue is Spanish, although my English proficiency level is that of a native speaker (English Proficiency Test, 2007). In addition, I have reading knowledge of French, Italian and Portuguese, which comes from the fact that English and Spanish are derived from Latin. Additionally, I happen to have been living in Pakistan for the last seven years, which means that I am in contact with the live Urdu language, and am thus obliged to use it every day.

Since language is the vehicle of the culture it represents, I can now understand and operate within many different cultures: the Spanish, as it is my own, the Hispanic, since the Spanish language allows me to communicate with people from South America, the British, American and Australian cultures and the Pakistani and Indian cultures. Needless to mention that in this era of globalization, I can communicate with anyone who can communicate in English.

I am able to communicate and understand people and their cultures worldwide by being able to communicate in three different languages. In this context, learning a new language can be the means to an expanded education and even employment. The possibilities are unlimited.

According to Chomsky in his 1987 essay, “Language in a Psychological Setting,” language acquisition is “helping a flower to grow in its own way.” Language, the form taken by so much of our thinking, whether spoken, written or signed, enables us to communicate ideas from person to person and to transmit knowledge from generation to generation.

Language is a form of communication among human beings. Due to this fact, we find ourselves before a dynamic phenomenon, changing, variant, and in many ways practically impossible to observe and measure. Consequently, learning a language is a complex and simple process at the same time, since it has been proven that every human being is capable of language acquisition, even without formal instruction. In fact, in order to understand language acquisition in all its forms, the contributions from the following areas: Sociology, Formal and Applied Linguistics, Psychology, Physiology, Anthropology, Communication, Neurology and of course the shared fields of Sociolinguistic, Psycholinguistic and Neurolinguistic sciences, should be well understood.

Pinker speaks about a technique called Positron Emission Tomography (PET), during which a volunteer is injected with water and mildly radioactive glucose, or inhales a radioactive gas in small dosages. A gamma-ray detector ring detects those parts of the brain where more activity occurs as it burns more glucose and more oxygenated blood is sent that way. They are noticeable through computer algorithms which will in turn generate a computer image or photograph where the activity in a segment of the brain is displayed. In red and yellow the more functioning areas are shown, and those with more quiet ones shown in navy. The areas of the brain which are prominently active during language in process will be highlighted if a photograph of the brain taken when the volunteer is watching or listening to patterns not related to language is subtracted from another photograph taken during a time when the volunteer is recognizing language (in the form of words or speech). The areas which will be highlighted are on the left side of the brain. According to Pinker “It is not merely speechlike sounds, or wordlike shapes, or movements of the mouth, but abstract language.“ (Pinker, 301)

According to a BBC News report (13th October 2004), researchers at University College London found that learning new languages changes the grey matter in the location of the brain that processes information. “The grey matter in this region increases in bilinguals relative to monolinguals — this is particularly true in early bilinguals who learned a second language early in life,” said Andrea Mechelli, a neuroscientist at University College London. “The degree is correlated with the proficiency achieved.” “It reinforces the idea that it is better to learn early rather than late because the brain is more capable of adjusting or accommodating new languages by changing structurally,” Mechelli said. several sources including:

The report continues with the fact that it is widely known that stimulating the brain through brain exercises (brain games, mathematics, logic and visual exercises) will alter the structure of the brain in the same way that a person can build muscle mass. Such process is called plasticity. The researchers were able to make these affirmations by comparing the brains of people that only spoke one language as compared to the brains of people who spoke more than one language, as they realized that the density of the grey matter in the brains of those who were bilingual was greater in the left inferior parietal cortex.

According to Mechelli the grey matter in bilingual people is greater than in those who only speak one language. This finding was derived from a study conducted by Mechelli and his team on 105 people out of which 80 were bilingual, where structural brain imaging was utilized in order to research whether any difference can be found between the brains of those who were bilingual and those who were monolingual. For this purpose a group of 25 monolinguals, 25 early bilinguals who had acquired a second language before the age of five and 33 late bilinguals, was selected. All the volunteers were English native speakers who possessed analogous education and age. “By looking at the size of the change (in the brain) I can tell whether someone is very proficient or not because the bigger the change the better the proficiency,” said Mechelli. (Reuters Ltd: Oct.04). Considering the evidence, the impact that language has on the brain is clear.

During my own experience teaching Spanish language to Pakistani students ages 18 years old and above, over several years in Lahore, where Punjabi is also spoken, I have observed the following phenomena; students who were not able to speak English experienced more difficulty learning Spanish from those who spoke it. In addition, the higher the proficiency in English language the easier it became for the student to learn Spanish. The more languages a person speaks, the easier it becomes to learn an additional one. The main reasons for this phenomenon are two:

A. All languages conform to a set of linguistic rules to create sentences. Once a learner has acquired two or more languages it becomes easier for him or her to learn the linguistic set of rules that correspond to the additional one.
B. Languages receive influences from other languages and accept terms from them as well; e.g.: in Spanish language there exist five thousand terms that derive from Arabic language. In addition, languages originated from the same root language have inherent similarities in vocabulary and grammar structures among them; e.g.: the following terms (and many others) are identical in English and Spanish, although they are pronounced in a different manner: chocolate, color, doctor, fiesta, horrible, hotel, motor, natural, plaza, popular, radio, sociable, soda, taxi, terrible, tropical, etc.

Recent advances in technology and the internet have made communication among cultures speedy and efficient. It is because of this reason that learning new languages has become a matter of extreme importance in the current day and age. In the words of Pinker, “A common language connects the members of a community into an information-sharing network with formidable collective powers. Anyone can benefit from the strokes of genius, lucky accidents, and trial-and-error wisdom accumulated by anyone else, present or past. And people can work in teams, their efforts coordinated by negotiated agreements” (Pinker, 16). Due to all of the previously mentioned reasons, learning a new language is thus a very interesting proposition since the advantages are unlimited; entering the global village, acquiring brain power, understanding different cultures, increase in international relations and commerce, etc. Learning new languages should be in the agenda for all.

Maria Isabel Maldonado is an assistant professor of Spanish Linguistics, director of External Linkages and in charge of the Institute of Languages at the Faculty of Oriental Learning at University of the Punjab, Lahore, Pakistan, where Pashto, Russian, Spanish, Japanese, Turkish, Chinese, Arabic, Sindhi, Balochi, German, Italian and Portuguese are taught. 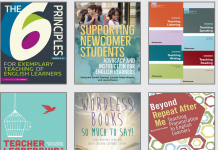