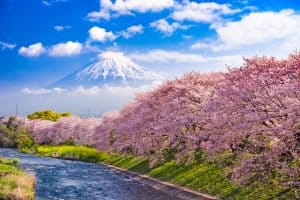 With the increasing consumption of Japanese cultural products in the United States, and especially with the proliferation of manga and anime, Japanese has become a popular alternative to the traditional canon of commonly taught foreign languages. Most colleges and universities and even some high schools now host study abroad or exchange programs with sister schools in Japan.

The most common places to study Japanese language in Japan are centered around Tokyo and Kyoto, although other options are available. Three of the most well-known and reputable study abroad options for prospective students are the International Christian University (ICU) in Tokyo, which has been hosting international study abroad students for decades, and offers excellent intensive Japanese instruction, the Associated Kyoto Program (AKP) in Kyoto which also accepts American study abroad students for a year-long program at its Kyoto campus, and the two IES programs in Nagoya and Tokyo.

The two principle dialects of Japanese are centered around Tokyo and Kyoto/Osaka, although further to the north and south of Honshu, the main island, and especially on the smaller islands, spoken Japanese may differ widely. Standardized education, greater national integration, and the adoption of a single dialect for television, radio and government use have, however led to the prevalence of Standard Japanese (the Tokyo dialect) nationwide.

In March of 2011, a combination earthquake, tsunami, and nuclear emergency hit Japan, with the greatest damage concentrated around the northern Tohoku region. Immediately following the disaster, Japan received a wave of international condolances and aid, including widespread donations to the Red Cross and envoys of aid workers. Now, however, world attention has moved on but Japan still faces a daunting task of reconstruction. Volunteers, especially those with some knowledge of the Japanese language, may be even more welcome now than immediately after the quake. Volunteering, moreover, is always an excellent means of connecting with people and exploring a culture on a deeper level than would be possible by merely acting the tourist.

The current US Travel Warning (expires August 15, 2011) advises citizens to stay outside a 50 mile radius of the Fukushima Daiichi Nuclear Plant, but has confirmed the safety of Japan’s food and water. 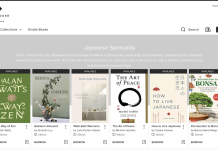 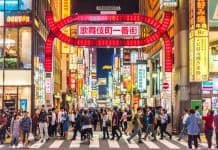 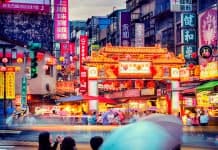