A new language which combines elements of English with traditional indigenous speech has been discovered in northern Australia, according to a new study published last month in the quarterly journal of the Linguistic Society of America, Language.

The language, now known as Light Warlpiri, is spoken by approximately 600 people in a remote desert community about 400 miles from the town of Katherine in Australia’s Northern Territory, said Carmel O’Shannessy, a professor in the department of linguistics at the University of Michigan in Ann Arbor who authored the study.

Light Warlpiri is considered a “mixed language,” because it blends elements from Traditional Warlpiri, which is spoken by about 6,000 people in indigenous communities scattered throughout the Tanami Desert in the Northern Territory; Kriol, an English-based Creole language spoken in various regions of Australia; and English.

“The striking thing about Light Warlpiri is that most of the verbs come from English or Kriol, but most of the other grammatical elements in the sentence come from Warlpiri,” O’Shannessy told LiveScience.

In the Warlpiri language, words can be placed in any order, and grammatical interpretations are based on suffixes that are attached to the nouns. Light Warlpiri represents a mixture of these structural rules. “In Light Warlpiri, you have one part of the language that mostly comes from English and Kriol, but the other grammatical part, the suffixing, comes from Warlpiri,” O’Shannessy said.

“That structure doesn’t exist in any of the languages that this new code came from, which is one of the reasons we see this as a separate linguistic system, even though it comes from other languages that already exist,” O’Shannessy explained.

O’Shannessy thinks Light Warlpiri likely emerged in the 1970s and 1980s, when children went from switching between English, Kriol, and Warlpiri to speaking the mixed Light Warlpiri language on a primary basis.

Mixed languages are not altogether uncommon throughout the world, but the types of grammatical innovations seen with Light Warlpiri are considered rare. Other examples of mixed languages include Gurindji Kriol, a blend of Kriol and traditional Gurindji, which is spoken by communities in Australia’s Northern Territory, and Michif, which is spoken by communities along the U.S.-Canada border and combines verbal structures from Cree, an Algonquin language, and noun structures from Métis French, a type of Canadian-French dialect. 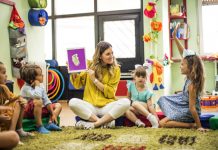 The Language of Lockdown 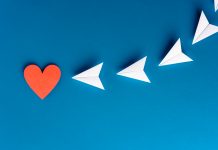 A Life and Love of Languages