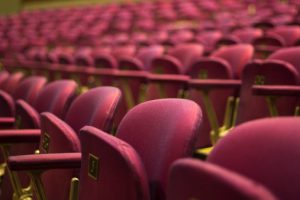 The Babel Film Festival is the first film competition for minority films that use minority languages, dialects, slang, or sign language. The aim is to appreciate and promote cinema related to linguistic minorities, giving voice to their history, culture, and language.

The minority language has to be used at least for the 60% of the dialogue and script. Movies must also include English subtitles and, if possible, Italian. For the purposes of the competition, entries can be accepted in all the minority languages and dialects which are not recognized as official languages of the countries in which the film is shot, as well as dialects and sign languages. Organizers rely on the European Charter of Minority or Regional Languages (1992) for their definition of minority or regional languages:

A. Traditionally spoken by people living in an area of a country who are numerically inferior to the rest of the people of that country, and different from the official language/s of that country; this/these does/do not include the language/s and dialect/s spoken by migrant people;

B. “Area in which a regional or minority language is spoken” is that geo- graphical area where this language is historically and traditionally present;

C. “Languages lacking in areas” are those languages spoken by citizens of that country different by the language/s spoken by the rest of the citizens living in that country but that, even if they are traditionally spoken in the country, are not linked to a certain geographical area.

The competition is organized into three sections: short film, feature film, and documentary. It is open to any filmmaker from any country, of any age, and registration is free. There are no suggested themes — the only bond being the expression of a linguistic minority, social or cultural.

Deadline for entries is Sept. 20, 2013. For more information, visit www.babelfilmfestival.com.