It’s not surprising that close to 200,000 students come to study in Canada every year, and that number looks set to double over the next few years. Canada’s quality of life has been ranked in the top three for seven years in the UN Quality of Life Index, and it is renowned for having the highest penetration of post-secondary education in the world.

The cultural, scientific, and social contributions of Canadians are too long to list, but perhaps the most important benefits for studying French in Canada stem from the relationship of language to the Canadian identity and the resultant value placed upon language. It is safe to say that language is a cornerstone of Canadian identity. Bilingualism is embedded in the constitution and in its history, second language is favored in education, and the federal government alone invested over $1.1 billion in official languages (French and English) in the “Roadmap for Canada’s Linguistic Duality 2008-2013.”

And French is certainly not on the wane in Québec — according to the latest figures from Statistics Canada’s National Household Survey, 94% of Quebecers spoke French at work in 2011, the same as five years previously.

The province’s two major cities, Montréal and Québec City, have also been receiving a lot of attention recently. Montréal was listed among the top ten cities to visit in 2013 according to Lonely Planet’s Best in Travel 2013, and it was one of only two North American cities on the list. The authors underline the unique art of living and joie de vivre travelers can experience in the city. They also point out the great variety of festivals and events held in the city, plus its numerous cultural and natural attractions.

“We chose Montréal for Best in Travel 2013 due to its mélange of cultures, socially responsible businesses, great food, and unique style,” says Jennye Garibaldi, Lonely Planet’s commissioning editor for Canada. “And with the launch of the new Rio Tinto Alcan Planetarium, the unveiling of the Grévin Wax Museum, and the 50th anniversary celebrations of the Place des Arts, Montréal’s social calendar is overflowing in 2013.”

“With an abundance of events and venues highlighting the city’s creativity, Montréal is a vibrant city distinguished for its modernity, originality, and inspiration,” underlines Charles Lapointe, president and CEO of Tourisme Montréal. With the objective to develop cultural tourism, we believe that our creativity is worth showcasing as one of our city’s greatest assets and a motor to tourist appeal.”

According to a recent study, 75% of respondents agreed that Montréal stands out from other major international destinations because of its creative cultural activities.

And Québec City has just been voted the top destination in Canada and the eighth best in North America by the readers of the prestigious tourism magazine Travel+Leisure. In its 2013 World’s Best Awards, Québec City has moved up a rung since last year, surpassing Vancouver as the most popular Canadian destination. This achievement means Québec City keeps its prized spot in the Hall of Fame, a select group of destinations that have ranked highly for ten or more consecutive years.

College Platon
College Platon is a coeducational, multicultural private language school dedicated to the highest standard of linguistic instruction while maintaining the most reasonable tuition fees in North America.

The school was founded 56 years ago with a guiding mission that learning languages is a fundamental key to higher learning and to securing a career in a global economy. Moreover, integral to this philosophy is that education is not a prerogative of the elite and that education should be financially accessible. College Platon is committed to providing a high-quality, academically comprehensive curriculum with the most effective and efficient learning instruction. Students from all over the world can expect a positive and engaging academic atmosphere, which assists them in their pursuit of the language proficiency needed to reach their educational goals or careers, or simply for self-improvement.
College Platon embraces students from every continent, and often their experience here is the vehicle in forging lifelong friendships. Courses available include intensive English/French courses, semi-Intensive English/French courses, evening English/ French courses, 28 languages in a group, and private lessons. New sessions start on the first Monday of each month.

École internationale de français (ÉIF) de l’Université du Québec à Trois-Rivières (UQTR)
Located on the shore of the St. Lawrence River, halfway between Montréal and Québec City, Trois-Rivières offers an ideal site for a total French immersion experience.Founded in 1969, UQTR has welcomed 13,000 students enrolled in more than 165 programs. The campus is a quiet, pleasant, and safe environment including plenty of green space.The ÉIF has designed programs to provide students with the ability to communicate effectively in French with an emphasis on written and oral skills. Programs are offered year-round in a relaxed, informal atmosphere in which students and professors work together closely in learning activities.Their French immersion programs consist of three-hour classes every morning with workshops in the afternoon (conversation, diction, theater, songs), and social activities in the evening. There are several outings on the weekends (Montréal, Québec City, La Mauricie National Park).

Spring and summer French immersion programs include: intensive (one to six weeks) spring/summer; teacher and professionals (three weeks). Possibility of bringing children along in summer only; Road Scholar (three weeks) 45 years and older. www.roadscholar.org; ADO (3 weeks) 12- to 16-year-olds, summer only.

École Québec Monde
École Québec Monde is a language school offering French classes to anyone in the world who wishes to experience a French-language-study stay in Québec City. The ultimate goal of their programs — Intensive French: group of eight students maximum, 20 hours/week; Individual French: one to 35 hours/week; Personalized French combination of intensive and individual — is to enable students to communicate in French, with self-assurance, ease, and accuracy. We achieve this by helping them develop skills in reading, writing, and especially speaking and listening. We focus on improving all students’ language levels, recognizing their strengths, and zeroing in on their weaknesses.

École Québec Monde is located in downtown Québec City, across from the Gabrielle-Roy public library, close to numerous restaurants, cafés, shops, parks, and cultural institutions. It is a few minutes’ walk from Le Château Frontenac, Le Vieux-Québec, La Gare du Palais — which houses the city’s train station and bus terminal and pedestrian and bike paths.
École Québec Monde offers a unique and personalized approach where the student soaks in the French-speaking environment and Québécois’s joie de vivre. An experienced management staff, a team of qualified and skilled teachers, a warm atmosphere, and an exceptional geographical location speak volumes in its favor.

The school is right in the heart of Québec City, the flagship location of French-language culture and the oldest city in North America.

ILSC
ILSC is located in the heart of charming Old Montréal in a state-of-the-art new facility where a wide range of courses at various levels are taught. Their small classes are taught using a student-centered approach and communicative methods by highly qualified instructors. ILSC is a member of Languages Canada. They also offer specialty programs such as DEFL preparation, French through Montreal, French through Fashion and Design, or French through Filmmaking and Photography. They can also organize customized group programs for you and your students. Language Coop programs and University Pathway programs are also available. In addition, ILSC has created a unique teacher-training program for French instructors (current or future): CEFLE (Certificat en enseignement du français langue étrangère). This certification uses a communicative approach and has been accredited by l’UQO (Université du Québec en Outaouais). It is ideal for anyone wanting to travel and teach French abroad or existing teachers who want to obtain a recognized teaching certification in four weeks.

YMCA International Language School
The YMCA International Language School, located in Montréal, was established in 1965 and is a part of YMCA’s international network, present in over 130 countries. The school is located in the heart of downtown, near shopping, restaurants, and a plethora of tourist attractions. Each year, YMCA’s international language school hosts over 4,800 students from all over the world. They offer a variety of courses with three to 15 students per class in order to maximize learning. The recently renovated campus includes 27 well-lit classrooms, two language laboratories, wireless internet, and a student lounge. The YMCA international language school enjoys membership in Imagine Education au / in Canada, LC (Langues Canada), ALTO (Association of Travel Organization), and WYSE (World Youth Student and Educational Travel Confederation). Students enrolled in intensive programs have access to the cutting-edge sports and recreation center, located in the same building as the school. The school often organizes different activities that students can enjoy with their teachers to move language education out of the classroom and into a more relaxed setting. These activities allow students to discover Montréal and the Québécoise culture. The YMCA international language school invites students to discover the many cultural events in Montréal, such as the Jazz Festival, the FrancoFolies in the summer, and Igloofest and la Nuit blanche in the wintertime. 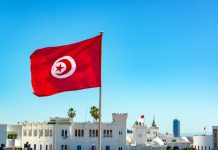