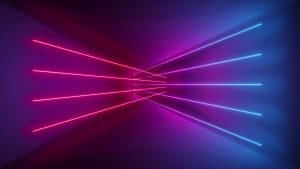 Last month, the British Council published a report calling on UK policymakers to introduce a broader range of languages into every child’s education.

“Languages for the Future” identifies (in order of importance) Spanish, Arabic, French, Chinese, German, Portuguese, Italian, Russian, Turkish, and Japanese as the languages most vital to the UK over the next 20 years. They were chosen based on economic, geopolitical, cultural, and educational factors including the needs of UK businesses, the UK’s overseas trade targets, diplomatic and security priorities, and prevalence on the internet.

Interestingly, Spanish is considered the most important language for British children to learn, followed by Arabic, while French is ranked more important than Chinese or German.
“The problem isn’t that we’re teaching the wrong languages because the most widely-taught languages like French, Spanish, and German all feature in our top ten,” said John Worne, director of strategy at the British Council, the UK’s promotional organization for educational opportunities and cultural relations.

“But the UK needs more people to take up the opportunity to learn and, crucially, get using these languages – along with new ones like Arabic, Chinese, and Japanese.

“If we don’t act to tackle this shortfall, we’ll lose out both economically and culturally. Schools have their job to do but it’s also a problem of complacency, confidence and culture – which policy makers, businesses, parents and everyone else in the UK can help to fix.”
The British Council report compiled its top ten of the most useful languages to learn by using a sophisticated ranking system – which gave weight for current export links with the countries concerned, UK government trade priorities, diplomatic and security priorities, and vacation destinations.

According to an online YouGov poll of more than 4000 UK adults commissioned as part of the report, three quarters (75%) are unable to speak any of these languages well enough to hold a conversation. French is the only language spoken by a double-digit percentage (15%), followed by German (6%), Spanish (4%) and Italian (2%). Arabic, Mandarin, Russian or Japanese are each only spoken by 1% – while Portuguese and Turkish are each spoken by less than 1%.

Even Martyn Heather, Head of Education at the UK’s soccer Premier League, weighed in, “Language skills are just as important for a young aspiring footballer as they are for someone who wants to enter the world of international commerce. Being able to speak another language opens up a world of opportunities to play and coach in football leagues across the globe. It is the people who understand languages and feel confident with other cultures who will be able to make the most of these opportunities and thrive the most overseas.”

On Arabic, the report said: “Six Arabic speaking countries appear among the UK’s top 50 export market in goods with a combined value to the economy of over £12 billion ($18 billion) – more than the value of UK exports to Spain, China or Italy.

“Arabic has emerged as one of the priority languages for the Foreign and Commonwealth Office. It is their intention to increase the number of diplomats trained in Arabic by 40%.”
On Mandarin, it adds: “Given its rapid growth and status as a major emerging power, the business opportunities and challenges in China are great.”

The report calls on policymakers to introduce a broader range of languages into every child’s education and give languages the same prominence as STEM subjects (Science, Technology, Engineering and Math). It suggests that more schools should draw on the language skills of native speakers and cultural organizations in their local communities. The report also calls on businesses to invest in language training for staff, and encourages everyone in the UK to learn the basics of at least one of the ten languages identified in the report.

The report can be downloaded at: www.britishcouncil.org/organisation/publications