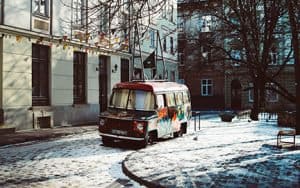 Ukraine’s de facto president and prime minister have today offered to strengthen the constitutional right to use the Russian language to try to defuse separatist movements.

In a joint televised address, acting President Oleksander Turchinov and Prime Minister Arseny Yatseniuk said they would support constitutional change and decentralizing more power to local councils, including over their official language – a central demand of Russian-speaking protesters in the east of the country.

“We will strengthen the special status of the Russian language and protect this language,” Yatseniuk said.

Turchinov expressed disappointment that parliament had failed to unanimously support a draft of the proposed reforms. The former ruling Party of Regions, whose power base is in the Russian-speaking east, said the proposals fell short. The party wants Russian to have equal status with Ukrainian.

“To achieve peace and understanding among the citizens of Ukraine,” he added, “regional, municipal and district councils will be given the right to decide to grant, within a particular area, alongside Ukrainian, the state language, official status to the Russian language or to another language spoken by a majority of the local population.”