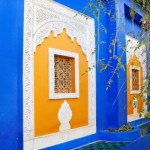 After saying that “French is no longer valid” back in April, Morocco’s Minister of Higher Education, Lahcen Daoudi, is now saying that Arabic is important only because it is the language of the Quran, and suggesting that students looking to join the professional and academic community learn English.

In a video posted on YouTube, the minister said that “only five languages will still be alive” in the far future, including Arabic, which “will be preserved not because it produces science but only because it is linked to the Quran.”

The minister added that “students who do not know English language have no future” because “the language that dominates the scientific fields in the world is English.”

Speaking about the importance of the English language as “the world language for scientific research,” Daoudi said that the Moroccan University will, from next year, recruit engineers to teach science students, and that the most important criterion upon which teachers will be accepted is their mastery of English.

Last March, the Secretary General of Morocco’s Independence Party, Hamid Chabat, called for the adoption of English instead of French as the country’s second official language.