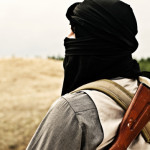 French conservatives are in an uproar over a 2013 report that recently surfaced accusing a nearly 40-year-old after-school heritage language program of teaching “Islamic catechism” and radicalizing young French students from immigrant families. France’s now-dissolved High Council on Integration (Haut Conseil à l’intégration, or HCI), which was a government council concerned with how foreign-born people living in France integrated into French society, wrote a confidential report to the Prime Minister on the Teaching of Language and Culture of Origin Program (ELCO), criticizing the program for fostering communitarianism among third- or fourth-generation immigrants and their heritage communities instead of promoting assimilation. In the French media, the scandal is not just because of the report’s recommendations, but also that the report remained a secret for nearly two years.

The ELCO program was established in the 1970’s and is the fruit of bilateral agreements between France and Algeria, Croatia, Italy, Morocco, Portugal, Serbia, Tunisia and Turkey to educate the children of migrants in their mother tongues and cultures to complement their French educations. The HCI’s report slams ELCO as an anachronism that serves students who are not the children of migrants temporarily in France, rather of immigrant families who have made France home.

One former member of the HCI, Guylain Chevrier, remarked, “Before as part of temporary immigration, ELCO could be justified. Today amidst permanent immigration in a context of ghettoization and community disintegration, the priority should not be to maintain contact with the culture of origin, rather on integration.”

Most troubling to the authors of the HCI report are cultural texts that mention Islam or promote Islamic values for classes full of French-born students. The vast majority of the today’s ELCO students, about 76,000 of 86,000, are studying Arabic (60,000) or Turkish (16,000). Proponents of the ELCO program point to the lack of Arabic-language education available at French public schools, and fear that dismantling ELCO will prompt parents to put their children in faith-based programs that will further segregate them and “radicalize” them. The authors of the study insist that in order to prevent young French students of Turkish and Arab descent from being ghettoized, that the government should emphasize the importance of the French language and culture.

France has been experiencing a wave of anti-immigrant sentiment, which could explain the scathing report on ELCO’s after-school program grounded in speculation. An Ipsos survey from January revealed that 66% of the French believe that France has too many foreigners, and 59% believe that immigrants do not try hard enough to integrate.