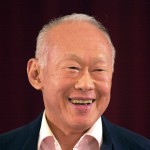 The founding father of modern Singapore, Mr. Lee Kuan Yew, passed away on Monday, March 23, 2015 at the age of 91. Leading Singapore before “self-government” from Britain in 1959, Lee served as Prime Minister until 1990, and stayed in the cabinet until 2011. Under his influence, the resource-poor country adapted to a modern globalized environment through unique economic models and an emphasis on bilingual education. The Minister of State for Education and Communications and Information Sim Ann says bilingualism was the late Mr. Lee Kuan Yew’s most bold, radical and controversial policy, but it paid off.

Lee is widely credited for mandating in 1966, the year after Singapore gained independence from Malaysia, that all students learn a “mother tongue” – a language associated with their ethnicity. English is used as the main language of instruction, but students also learn one of the other three official languages; Mandarin, Malay, or Tamil. The policy was not only a tool for stronger social and national ties among a diverse population, but for better economic cohesion with China and the West.

Lee created the Prime Minister’s Book Prize to encourage students who did well in both English and their Mother Tongue. In his later years, he started the Lee Kuan Yew Fund for Bilingualism to help young children build a foundation for learning English and the Mother Tongue languages. His life’s work in this area was encapsulated in his book, My Lifelong Challenge: Singapore’s Bilingual Journey. “If we were monolingual in our mother tongues, we would not make a living. Becoming monolingual in English would have been a setback,” Lee wrote in his memoirs. “We would have lost our cultural identity, that quiet confidence about ourselves and our place in the world.”