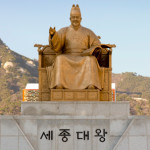 Cheil Worldwide has launched a mobile app called “Univoca: South Korean-North Korean Translator,” to help North Korean defectors in South Korea easily communicate in their new environment. The app automatically translates between the North and South Korean dialects and is heavily marketed towards teenagers who are struggling with cultural differences. One North Korean teen defector who wished to remain anonymous said about the app, “There are so many words difficult to understand – not just text books but news articles, street signs, etc. I cannot ask for others’ help every time I run into unfamiliar terms. The app provides easy and fast translation so [it] is very useful.”

After over 60 years of separation, the Korean language has evolved differently in the two Koreas. South Korea now tends to incorporate many English words while North Korea adheres to the Pyongyang dialect and prefers to borrow Russian words if any other languages are included at all. While both countries use the same alphabet, they also write a little differently. Some vowels and consonants that are written together in South Korea are considered separate letters in North Korea. A 2012 study by the National Institute of the Korean Language shows North Korean defectors understand only half of the Korean language used in South Korea.

The two Koreas’ vocabulary are 30% to 40% different in everyday life and more than 60% different in professional settings, making the language barrier a large career obstacle for North Korean defectors. The app is currently being used at Yeomyung School, South Korea’s first accredited alternative school for North Korean defectors. It includes 3,600 words used in Korean language textbooks for high school students. The user can manually input text for translation or scan an unfamiliar word with their smartphone to have a translation appear.