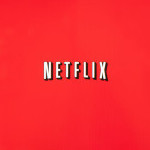 Last summer, Netflix announced the production of its first Spanish-Language original series, Club de Cuervos. The series, which centers on a family feud among heirs of a soccer club, was directed by Mexican producer, Gaz Alazraki, and is set to premiere this year. “Gaz has the disruptive vision and creative storytelling we were looking for in producing our first original series in Mexico,” said Ted Sarandos, Netflix Chief Content Officer. “We’re confident our members in a market as important to us as Mexico and Latin America will love this family comedy.”A second Spanish-Language Netflix original series, Narcos, is also in the works. Narcos will be a Columbia-set drug crime thriller directed by Brazilian director Jose Padilha.

The emergence of a middle class consumer market in Latin America has attracted big attention from internationally expanding companies. Netflix recently said it has signed more than 5 million subscribers in Latin America since its September 2011 launch. It’s quickly risen to become the dominant subscription video-on-demand service in the market, with the second-largest regional over-the-top service, Claro Video, chalking up only an estimated 1 million subscriptions. “We are investing in content that would be attractive to (Latin America) but would also appeal to viewers across the world,” says Netflix communications chief Jonathan Friedland, who adds that original Netflix shows are also in production in France, the U.K. and Canada. Tony Wible, an analyst with Janney Montgomery Scott, estimated in a report this year that Netflix will spend almost $5 billion on original productions in 2016.