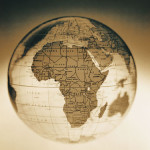 The African continent is home to one third of the world’s 6,000 languages, but less than one seventh of the world’s population. Europe, which has the reputation for bilingualism due to its many close countries, has only about 300 languages. A study of 100 residents of a city in Western Uganda showed that the average speaker there spoke 4.37 languages. The most commonly known languages on the continent are English, Arabic, French, and Swahili. Humanity’s African origins have not only led to high genetic diversity, but have also helped spur linguistic variation. “There’s been a lot of time for cultural diversity, linguistic diversity, and genetic diversity to accumulate in Africa”, University of Pennsylvania geneticist Sarah Tishkoff told the Monitor.

There could also be environmental and political explanations, according to University of Chicago evolutionary linguist Salikoko Mufwene. “One is that in the case of Europe, you have to factor in the emergence of various empires, and these various empires were assimilationist and they may have driven a number of languages already to extinction,” says Mufwene. The label of Africa as the most linguistically diverse continent is still being debated based on varying definitions of “diverse”, and the answer to why Africa is home to so many languages is still up in the air. Places in Oceania such as Australia and New Guinea also contain large numbers of languages over smaller areas with less genetic diversity. Jonathan Loh, an investigator for Tarralinguo, noted that there is not necessarily a correlation between Africa’s concentrated genetic and linguistic diversity, saying, “Languages evolve so much faster. Cultural evolution is so much faster than biological evolution.”

More than 60% of the Oceanic languages are endangered compared to only 13% of African languages. This is presumably due to a difference in European cultural domination of the Americas and Australia. During European colonization, there was not an influx of European migrants to Africa in the same way there was to the Americas and Oceania. Some propose that if Africa develops on the European model, they will see an increase in endangered languages, but now, while Africa’s diverse languages aren’t going anywhere, they are being studied, mapped, and measured in order to be conserved.