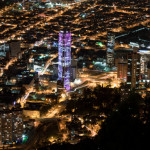 Using technology to research and preserve indigenous languages and cultures is a growing trend in various countries. The New South Wales government announced funding for the use of smart technology to preserve Aboriginal languages and in the United States groups have begun to promote native languages with mobile applications. Internet users in Colombia have also been actively using digital media tools to revitalize the 60 indigenous languages in their country. In order to promote this digital activism, Global Voices and the Caro Cuevo Institute have co-organized the Gathering of Indigenous Language Digital Activism in Colombia’s capital, Bogotá. The event will take place next month, on the weekend of June 18th, and will bring together 15-18 participants from across Colombia to share experiences, learn and teach new digital skills, and take part in conversations about the challenges and strategies for indigenous language revitalization through the use of the Internet. There is an open call for participants for this event. Those interested should apply online by May 27th, 2015. Partial and full scholarships are available for those who live outside the Bogotá metro area.

The Gathering of Indigenous Language Digital Activism in Colombia is an extension of last October’s successful gathering in Oaxaca, Mexico, which addressed the issues involved with moving indigenous language communities into a virtual space. As more and more organizations work to better represent indigenous languages in the virtual world, the amount of available online resources increases. This use of more advanced technology in the humanities will not only help with more detailed research in indigenous languages, but will also provide more opportunities for members of indigenous communities to share their stories and use Internet resources in their own languages, many of which do not yet have an established keyboard or typing method. Simple obstacles such as this are just some of the issues that will be talked about at the June conference in Colombia.