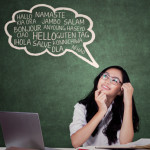 The Middlebury Language Schools celebrate their 100th anniversary this year and will be celebrating with academic and festive events from July 15-19 at both their Vermont and California campuses. The German School was the first of Middlebury’s language consortium, and was founded in 1915, followed by the French and Spanish schools in 1916 and 1917, respectively. The program has grown to include Arabic, Chinese, German, Hebrew, Italian, Japanese, Portuguese, and Russian. The centennial celebration also marks the official opening of the new School of Korean as Middlebury’s 11th language school. Bernadette Brooten from Middlebury’s School of Hebrew said, “It’s 100 years of attempts to build bridges across cultures in the midst of military and political turmoil, and the commitment to continue to do that.”

“The Centennial gives us a wonderful opportunity to celebrate the rich traditions and unique pedagogy that have come to define the Language Schools,” said Vice President for Language Schools Michael Geisler. “It’s also an important moment in our history to reflect on the present and future of language learning […] We hope the community will join us for the many artistic and cultural events planned as well as for a conference that will gather some of the world’s leading voices in language education.” As advocates for language education and effective immersion programs, Middlebury will hold a conference featuring keynote speaker Adrian Wooldridge, management editor and writer at The Economist, and many other advocates of global academics, language identity, and multilingual education. Geisler continued, “We plan to look at how the U.S. education system can close the widening gap with European and some Asian countries regarding global job skills and multilingualism.”