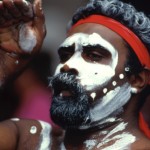 The Australian Research Council (ARC) Centre of Excellence for the Dynamics of Language and the Australian National University (ANU) are teaming up to document ten of Australia’s most endangered Aboriginal languages, including Mithaka from south-west Queensland, Dalabon from Arnhem Land, Warumungu of Tennant Creek and Ngarrindjeri from southern South Australia. “If we don’t act now we will lose a valuable part of our heritage. Australia has already lost many Aboriginal languages, and we’re going to lose more,” said Professor and Chair of Indigenous Linguistics at the ANU Jane Simpson. “These dictionaries will be treasure-houses of information on language, society, natural history, land and cultural traditions.”

Australia’s Aboriginal languages are “inherently fragile under the onslaught of English and government policies which make it hard to keep [them] going,” Simpson told the Guardian. The ANU is offering an eight-week summer research scholarship for Australian based university students to assist in the creation of dictionaries and linguistic research. “We can find out which plants are important to people, what animals are important to people, what they use them for. A language is a window into natural history knowledge,” Simpson said. “Each grammar is different, each vocabulary is different, so from being able to compare vocabularies and grammars from across Australia, we can build up a picture of the ancestral Australian languages and how people might have moved from place to place.”