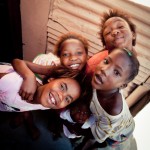 Schools in South Africa will begin offering instruction in various African languages beginning next year. “This means that schools that previously offered English and Afrikaans will now be mandated to offer African languages from Grade 1 and continue incrementally year-on-year,” Basic Education Minister Angie Motshekga told reporters in Pretoria. The minister also took the opportunity to clear up what she called misconceptions about the addition of Mandarin in schools. “Mandarin is now available to schools that wish to offer it at an optional third language level,” Motshekga said. “It will have no impact on our current compulsory curriculum in which it is mandatory to take two South African languages.”

Mandarin is on a list of 15 other languages, such as French, German and Italian, which are being offered at schools. The languages most commonly offered in South African schools were German, French, Portuguese, Urdu, Tamil and Arabic, respectively. One of the main critiques to implementing Chinese language education was the lack of attention towards native and local languages. However, Motshekga argues that this addition will only put another language into the pool of available options and that local languages will still be taught if desired.