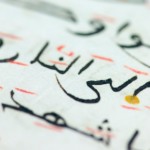 A measure introduced by MK Oren Hazan (Likud) would make it mandatory for schools in Israel to teach the Arabic language starting from first grade. The bill was approved by the Ministerial Committee for Legislation and is supported by Education Minister Naftali Bennett. Hazan is a strong advocate for Arabic studies and the subject’s ability to build a bridge between Israel’s culturally divergent population. “I have no doubt that when the Jewish population will understand Arabic, the way the Arab public understands Hebrew, we will see better days,” said Hazan.

“In these days, when terror is on the rise and coexistence is undermined, it’s important to lower the flames among the nation’s citizens, and there is no better way to do that than by understanding each other’s language, to understand the culture and mentality of 1.5 million Arab citizens of Israel and hundreds of millions of Arabic-speakers in the Middle East,” Hazan said. Arabic and Hebrew are both official languages of Israel. Both languages are on street signs and government offices and Jewish schools are required to teach at least three hours of Arabic a week in grades seven through ten, although many don’t.

“For years the educational system has focused on training ‘intelligence fodder’ for the IDF,” Reuven Snir, dean of humanities at the University of Haifa and a professor of Arabic language and literature told Haaretz. “I spent years in both systems of Arabic,” says Mr. Snir, “in ‘know your enemy’ and in ‘know your neighbor’ … and the difference between them is huge.”