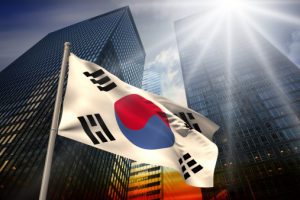 French is predicted to be the most spoken world language by 2050 and in accordance with this, the International Organization of the Francophonie (OIF) has widened its reach to Seoul, South Korea. The OIF in Korea consists of a network of diplomats from Tokyo, Hanoi, Bangkok, and Jakarta and will promote French cultural events, conferences, business partnerships, and annual meetings. “We are here to celebrate Francophonie’s essential values ― respect for different cultures, civilizations and languages,” French Ambassador Fabien Penone said in a speech at an inaugural ceremony at the French Embassy in Seoul in mid-December. “As the world’s fifth-most spoken language and an official language of the United Nations, the real strength of French lies in supporting linguistic and cultural pluralism.”

“Korea has the highest proportion of French language learners in Asia with 40,000 students,” Corea Image Communications Institute president and Hanguk University of Foreign Studies professor Choi Jung-wha told the Korea Harold. The push for French in Korea is also closely tied to the upcoming 2018 Pyeong Chang Winter Olympics. Choi, who is on the Olympic Games Advisory Committee, stressed that there would be great demand for French translation and interpretation services during the event. “Audrey Delacroix, the Olympic Games commissioner for French language, affirmed her active support for PyeongChang,” Choi said. “Pyeong Chang will be a golden opportunity to demonstrate the relevance of our lingua franca. We aspire to promote cultural diversity, cherish universal friendship and elevate the visibility of French language.”