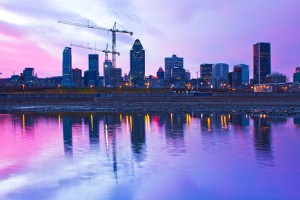 New Brunswick and Québec are celebrating 400 years of Francophone history by signing a joint declaration on the Canadian Francophonie, as a testimony to their deep attachment to the French language and to their desire to continue to advance and promote French in Canada.

Francine Landry, New Brunswick’s Minister of Economic Development and Minister Responsible for La Francophonie, and Jean-Marc Fournier, Minister responsible for Canadian Relations and the Canadian Francophonie, signed the declaration recognizing the key role played by the Acadian and Québécois peoples as well as by the French-speaking communities across the country in founding and building the Canada of today.

“Our government is proud to sign this declaration on the Canadian Francophonie, which is of tremendous significance for New Brunswick,” said Landry. “This signing indicates a heightening of our province’s cooperation and collaboration with Québec on important issues such as Francophone immigration, economic development, and education.”

“Québec shares a Francophone history of collaboration and respect with New Brunswick. Today, we are giving a new impetus to this collaboration by making a commitment together to take concrete action for the future of French in Canada: a distinctive advantage for the country. More than ever, it may be said that we we can all move forward together in favor of French,” exclaimed Fournier.

By signing this declaration, the Québec and New Brunswick governments unite their leadership by undertaking to promote the French language as a valuable aspect of the Canadian identity, to take concrete action aiming to ensure that the demographic weight of Francophones is maintained everywhere in the country, particularly through Francophone immigration, to encourage the active provision of services in French, and to increase intergovernmental cooperation.

This process is in keeping with a wave of engagement with provincial and territorial governments, representing over two thirds of the Canadian population, toward the French language. Over the past few years, Québec has signed similar declarations with the provinces of Ontario, Manitoba, and the Yukon. 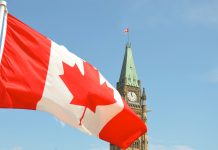 Plan to Promote French across Canada

Is Scottish Gaelic on the Rise?