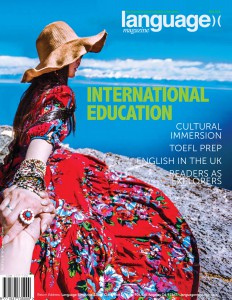 U.S. Senators Roger Wicker, R-Miss., and Dick Durbin, D-Ill., have re-introduced legislation that creates a competitive grant program for colleges and universities to expand study abroad opportunities for American college students and encourage more minority, low-income, and non-traditional students to spend part of their undergraduate experience abroad. The Senator Paul Simon Study Abroad Program Act would help to improve young Americans’ language skills and cultural competency. Named after the late Illinois Senator Paul Simon, a champion of multilingualism who campaigned to extend the benefits of study abroad, this bill aims to increase the number of undergraduate students studying abroad annually to one million within ten years. Currently, less than two percent of all enrolled post-secondary students in the U.S. study abroad.

“Our nation benefits in the long run when students have the opportunity to study abroad,” Senator Wicker said. “No one can predict what the world will look like in 10, 20, or 30 years. A better understanding of global issues and the global economy helps prepare our young leaders to succeed, regardless of what the future holds.”

“Senator Paul Simon understood the importance of fostering global awareness and understanding in an increasingly complicated and interconnected world. The next generation of American leaders will have to navigate a globally competitive economy and work with people from vastly different cultural backgrounds to tackle the world’s problems,” said Senator Durbin. “By investing in international exchange, we can better prepare our youth and our country for the world of tomorrow.”

Under this cost-effective model, higher education institutions could apply for competitive grants, individually or in consortium, to help them institute programs that would expand access for study abroad across the country.

The Simon Act would encourage higher education institutions to address the on-campus factors that most heavily impact study abroad participation – curriculum, faculty involvement, institutional leadership, and programming – by making a commitment to institutional reform a prerequisite for access to federal funds. The legislation would create a national program within the Department of Education to establish study abroad as the norm, not the exception, for undergraduate students. By leveraging institutional reform, the bill aims to democratize study abroad in the U.S. and to make it an integral part of the 21st-century education of American college students.

“This legislation is mission-critical to America’s efforts to secure its economic future and launch a new era in our country’s global engagement,” said NAFSA: Association of International Educators Executive Director and CEO Marlene M. Johnson. “To become more globally competitive and to build partnerships around the world, we urgently need Americans with a much deeper understanding of and ability to communicate with the world beyond our shores. Cross-cultural competency and global experience are widely recognized as essential skills in today’s job market and the keys to innovation in the global economy. We need to invest wisely in our colleges and universities, and therefore our students, to meet these national needs. We applaud Senators Durbin and Wicker for their strong leadership and urge Congress to act quickly to advance this very important and visionary bill.”