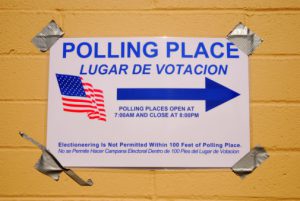 The survey was performed together with Google Consumer Survey among 1,000 participants across the U.S. When asked which language the next U.S. president should speak, Spanish topped the list with 27% of respondents; Chinese was a distant second with 6.5%, followed by Russian (4.3%), French (3.8%), Arabic (3.7%), and German (2.7%).

When broken down by age, the survey revealed that 67% of the youngest voters (ages 18-24) believed the president should be able to speak a second language, and 41% of these respondents thought that language should be Spanish.

Neither of the two major party candidates, Hilary Clinton and Donald Trump, speaks a language other than English.