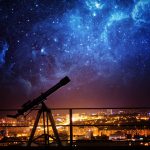 Laura Murray explains to Mary Thrond and Daniel Ward how her fascination with Chinese culture and history led to a lifetime of achievement and adventure, including the creation of the STARTALK program, which has acted as a catalyst for advanced language acquisition in the U.S. Since 2006, STARTALK has provided learning opportunities in critical languages for students (K–16) and professional development for teachers of critical languages, primarily through summer programs. Currently, programs are being implemented in Arabic, Chinese, Dari, Hindi, Korean, Persian, Portuguese, Russian, Swahili, Turkish, and Urdu.

Dr. Laura Kaplan Murray has been a career employee of the National Security Agency since 1985. She has had diverse experiences in many facets of language, including operations, management, training, research, foreign affairs, and national-level language policy, and has served in various locations in the U.S. and overseas. From 2006 to 2008 she served as the director of the Foreign Language Program Office (FLPO), Office of the Director of National Intelligence (ODNI). While at the ODNI, she launched the STARTALK program, which provides introductory language training for K–16 students, and teacher professional development, in eleven critical languages. In 2010, Dr. Murray was awarded a National Intelligence Certificate of Distinction for her role in the creation of STARTALK. Dr. Murray is currently the technical director of the Center for Language and Area Studies, National Cryptologic School (NCS). Her responsibilities include developing and implementing strategic initiatives on behalf of language- and area-studies training and fostering collaboration between the NCS and the broader government language- and area-studies community.
Since 2006, STARTALK has provided learning opportunities in critical languages for students (K–16) and professional development for teachers of critical languages, primarily through summer programs. Currently, programs are being implemented in Arabic, Chinese, Dari, Hindi, Korean, Persian, Portuguese, Russian, Swahili, Turkish, and Urdu. STARTALK participation has grown to over 5,000 students and over 1,500 teachers per year as it continues its mission of offering creative and engaging summer experiences that exemplify best practices in language education and language-teacher development. Since its inception, STARTALK has formed an extensive community of practice that seeks continuous improvement in such criteria as outcomes-driven program design, standards-based curriculum planning, learner-centered approaches, excellence in selection and development of materials, and meaningful assessment of outcomes. STARTALK has developed from an idea for summer language camps for students and teachers into a program with national impact in just ten years.

GETTING
TO STARTALK
Long story short, I’ve actually never been a language instructor. I spent a lot of time studying languages, but my background was not in language pedagogy. How I ended up doing what I’m doing now and starting the STARTALK program was an odd chain of events. At the NSA, for the first third of my career there, I was working in operations and using my language primarily for reading, translating, analyzing, and writing reports, often on matters that tracked with hot topics in the news. I even had the opportunity to prepare and present a major briefing on China for the director of the agency only two years into my career there, which was unusual. I felt I was seeing history being made. Then, as often happens, I was moved up to management. Initially I was managing a small team of analysts, but within a few years I was managing much larger organizations.
As things progressed, I had a number of amazing opportunities, including jobs in Japan and Hawaii. In 2003, I was selected for a position as the deputy dean of the language-training department at the National Cryptologic School, the training arm of NSA. It was a large department, responsible for training thousands of military and civilian personnel in dozens of languages. This was the step that immersed me in the world of language teaching, which led to my involvement with STARTALK.
After I had been in the language department for about a year and a half, I was asked to work at the Center for the Advanced Study of Language (CASL), a newly established university-affiliated research center at the University of Maryland, which had been established under NSA sponsorship. The work at the CASL was intellectually stimulating but physically demanding, as I was overseeing 15 research projects, and I came down with pneumonia.
While recuperating, I read a press release about a meeting at the White House on January 6, 2006, at which President George W. Bush had announced the National Security Language Initiative (NSLI). The goal of the NSLI was expanding national capacity in languages critical to national security. The NSLI included 14 language-related programs, including two completely new programs, one of which was STARTALK. It was briefly described as a program of summer camps in language for students and teachers. I had no idea that within a few weeks I would be responsible for this new program.
About a week after the NSLI announcement, I was tapped to go to the newly established Office of the Director of National Intelligence (ODNI) to serve as the senior language officer for the intelligence community. It sounded rather glamorous, but when I arrived at my new office, I learned that that there was no support staff, and that my predecessor, who had already resigned to take another job, had left me a long email listing about a dozen major tasks. One of these tasks was starting STARTALK.