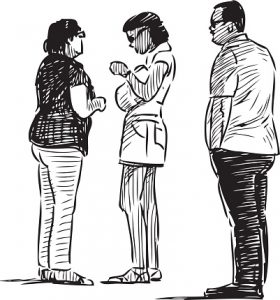 The American Academy of Arts and Sciences (AAAS) has released a report that suggests a “diminishing share” of U.S. residents speak languages other than English, a trend which the academy believes “could have important consequences for business, international affairs, and intellectual exchange.”

The academy’s report, The State of Languages in the U.S.: A Statistical Portrait, summarizes the nation’s current language capacity, focusing on the U.S. education system. A joint venture of the academy’s Commission on Language Learning and Humanities Indicators, the report draws on the most recent national, state, and local data sources available to draw a more complete picture of language use in the nation.

“This very important work is ongoing and we look forward to the commission’s final report and recommendations that will be available in February,” said Jonathan F. Fanton, president of the American Academy of Arts and Sciences.
Key findings include:

Only 20% of U.S. residents can speak a language other than English;

Ability in a language other than English quickly fades in immigrant households, even among those who immigrated to the U.S. as children;

Language education is dwindling at every level, from early- childhood education to the nation’s colleges, with declines in the number of K–12 schools teaching languages as well as the number of students taking language courses in college;

Huge regional variations demonstrate the effects of a patchwork of local and state policies for language education in new findings at the K–12 level, with the share of students taking languages as high as 51% in New Jersey, and less than 13% in eight states;

A more nuanced picture of language skills can be drawn by highlighting a continuum of skills and expertise—ranging from a limited ability to speak or understand a language to advanced capacity to speak, read, and write in another language; and

There are sizeable gaps in current data—pointing to the need for further data collection.

The forthcoming 2017 report of the academy’s Commission on Language Learning will respond to this data by offering concrete recommendations and strategies to improve language education.
The commission will highlight an emerging consensus among leaders in business and politics, teachers, scientists, and community members that “proficiency in English is not sufficient to meet the nation’s needs in a shrinking world—even as English continues to be the lingua franca for international business and diplomacy.”