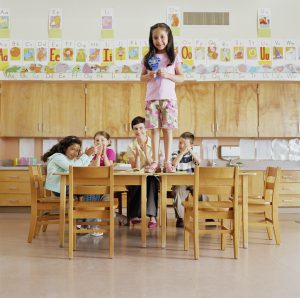 Nothing draws more heated arguments in the field of language instruction than methods. Between trademarks and remarks, there has been much divisive debate on which method is the right or the best method for teaching second language. This emphasis on the “right” method places unhealthy attention on the instructor and is the antithesis of where the focus should be—on the learner and on what learners need to develop communicative competence.
In spite of these heated battles, momentum is building to move away from restrictive methods altogether. This shift is supported by second-language acquisition (SLA) experts like Dr. Bill VanPatten, professor of Spanish and second language studies at Michigan State University and host of the “wildly popular” live talk show centered on language acquisition Tea with BVP (TeawithBVP.com). VanPatten has some strong opinions about outdated notions of methods, so much so that he entitled a recent Tea with BVP episode “There Is No Such Thing Anymore as Methods.” During that episode (Episode 14—http://mixlr.com/teawithbvp/), BVP frankly shared his views on methods: “I want to usher in a ban on the word methods or methodology on all courses related to language teaching.” His argument is based on the premise that teachers (of language and methods) should be focused on how the principles of contemporary SLA inform (or should inform) classroom practices.
The problem is that most language teachers and even some methods instructors are not familiar with contemporary findings on SLA. Teacher prep programs tend to focus on methods, assessment, and classroom management, but very few actually provide a sound foundation in the principles of SLA and how they should inform practice. This explains why in the U.S. there are millions of former language students roaming the streets saying things like “I studied [insert any language] for three, four, and five years, but I can’t speak it”—as if actually speaking the language would be an absurd expectation.
If you polled a thousand language teachers, most would agree that the primary objective of any language class is to help students develop fluency, the ability to communicate comfortably and confidently in the target language. Most would also claim that in their own classes, communication is of utmost importance, but if you asked each one to define communication, it is highly likely that each would have a different definition. Sandra J. Savignon, professor emerita of French and English as an international language, University of Illinois at Urbana-Champaign, and professor emerita of applied linguistics, Penn State University, provides a concise working definition of communication [later enhanced by BVP]: “The expression, interpretation, and [sometimes] negotiation of meaning [in a given social setting or context].”
Having a clear understanding of communication is fundamental to language instruction, as is being familiar with the current findings of second-language acquisition. The most universally accepted principle of SLA is the need for comprehensible input (CI) and the confirmation that without CI, acquisition is not possible.

“Like the respiratory system, the
linguistic system is implicit. We don’t think about
breathing, we just breathe.”