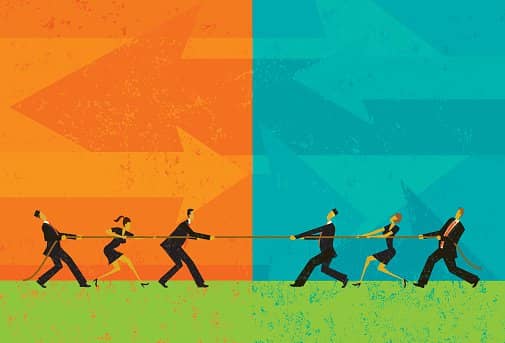 The War on Drugs

In 1998, the United Nations decided that it was going to eradicate drugs from planet Earth by 2008. The project was doomed to failure from the start. Human beings have been getting high since prehistoric times. How could the UN hope to eradicate in ten years something which has been in use for 10,000 years? Instead of removing narcotics from society, the war on drugs created public health crises, mass incarceration, and gangland violence. Countries are now trialing alternative approaches—Portugal decriminalized all drugs in 2001, and drug use has not increased there since.

In many ELL classrooms, a similarly futile war is being waged. I call it the war on L1 (L1 = a student’s first language). Teachers set rules during the first two minutes of class and hope this will eradicate student use of the languages they have been speaking since they were two years old. Seeing any parallels yet?

The Problem with Banning L1

The war on L1 has not caused any soaring prison populations or gangland murders, but it is damaging in other ways.

hinders learner autonomy by stopping students from asking each other questions in class;

takes away support from students in the use of dictionaries and translations;

sometimes results in longwinded and inefficient explanations from teachers;

can lead to unnecessary conflicts between students and teachers.

How to Use L1 Responsibly

Yes, we want students in English classes to speak as much English as possible, but this is not the same as speaking as little L1 as possible. The two concepts are not mutually exclusive. We need to allow students to use their L1 in a way that promotes learning English. Here are three ways of doing exactly that.

1. Using L1 to Reflect at the End of a Lesson

2. Translating between L1 and L2

Our students might not end up translating the complete works of Shakespeare, but if they ever go on vacation with someone who speaks less English than them, chances are that they are going to do some “on the fly” translation. How can you help them prepare? Turn your regular pair role plays into translation activities by adding a third person who needs to translate between the shopkeeper and customer, waiter and patron, interviewer and interviewee, and so on.

Make yourself a double-sided flashcard with a Chinese flag (if you are in China, a different flag if you are teaching elsewhere) on one side and an American (or British or whatever you like) flag on the other side. Signal to your students what language you want them to speak at different times. “Legalize” L1 use at times that are going to benefit your students the most.

If you can’t beat them, you might as well join them.

Don’t start a war you can’t win—the war on L1 is unwinnable.

Your students’ first language is not your enemy. It can be your friend.

Ross Thorburn has been involved in English language teaching, training, and management since 2006 and is passionate about helping people learn. He currently manages a team of trainers who deliver qualifications to hundreds of teachers and managers in China every year. Ross also runs his own podcast and blog at www.TEFLtraininginstitute.com