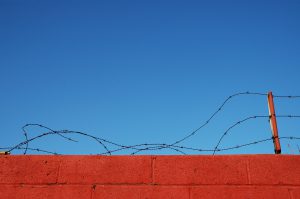 With the recent approval of Texas Senate Bill 4, many of the state’s most vulnerable students will face new obstacles accessing the education they need to become contributors to our society. The bill, which was signed into law during a Facebook Live broadcast on Sunday afternoon by Governor Greg Abbot, puts a startling halt to “sanctuary cities” and the security they provide to the parents of documented and undocumented children in Texas.

The Bill
The law, which passed in the Texas house in a 94-54 vote, bans sanctuary cities throughout the state and requires local government and law enforcement officials to follow federal immigration laws. The bill also penalizes any official who refuses to cooperate with federal oversight in detaining and turning over undocumented immigrants. Officials who fail to cooperate face a civil penalty for entities in violation of the law of up to $25,500 for each day of the violation; a class A misdemeanor for a sheriff, chief of police, or constable who fails to comply with federal immigration detainer requests; and/or removal from office for any elected or appointed official who does not comply with the law. All of the components of the law will take effect on September 1.

Backlash
The law has similarities to Arizona’s controversial SB 1070, in that it authorizes law enforcement to inquire about immigration status during any and all detentions. SB1070, which is still in effect and was deemed constitutional by the Supreme Court, allows law enforcement to stop, detain, and/or arrest an individual if there is a reasonable suspicion that the individual is in the country illegally. The bill faced backlash, as many opponents claimed that the law encouraged racial profiling.

Texas SB4 is proving to be equally controversial, as the League of United Latin American Citizens, Maverick County, and the city of El Cenizo are suing the state of Texas, claiming that SB4 fails to properly define what a “sanctuary city” is. The lawsuit from El Cenizo claims, “Plaintiffs are safer when all people, including undocumented immigrants, feel safe when their local law enforcement officers can be trusted for reporting crimes or just speaking with them about issues in the community.”

Austin and the larger Travis County area are also at the center at the debate. Travis County sheriff Sally Hernandez vowed in her inauguration speech that she would no longer honor jail detainer requests from U.S. Immigration and Customs Enforcement (ICE).

“We cannot afford to make our community less safe by driving people into the shadows,” Hernandez said in a YouTube message. “As local law enforcement officers, we will not interrogate or arrest someone over an unrelated federal immigration matter if they are trying to report a crime.”

What This Means For Students
Public schools in Texas are required by law to serve all children, including undocumented ones, as guaranteed by the Pyler vs. Doe Supreme court decision in 1982. The decision was as follows, “Texas statute which withholds from local school districts any state funds for the education of children who were not “legally admitted” into the United States, and which authorizes local school districts to deny enrollment to such children, violates the Equal Protection Clause of the Fourteenth Amendment.”
This court decision ensured that all students are protected and are guaranteed education. The U.S. Department of Justice Civil Rights Division along with the U.S. Department of Education Office for Civil Rights and Office of the General Counsel also released a letter in 2014 that stated, “Under Federal law, State and local educational agencies (hereinafter “districts”) are required to provide all children with equal access to public education at the elementary and secondary level. Recently, we have become aware of student enrollment practices that may chill or discourage the participation, or lead to the exclusion, of students based on their or their parents’ or guardians’ actual or perceived citizenship or immigration status. These practices contravene Federal law. Both the United States Department of Justice and the United States Department of Education (Departments) write to remind you of the Federal obligation to provide equal educational opportunities to all children residing within your district and to offer our assistance in ensuring that you comply with the law.”
While the DOE’s statement that all children are safe to study freely is intended to be comforting to students and their parents, many continue to feel threatened and unsafe.

As previously reported by the Education department of Huffington Post, many parents in Texas feared dropping their children off at school because of threat of deportation.
The parents fear that members of ICE will stop and question them, which may ultimately lead to their arrest and deportation. Parents who fear being deported are not paranoid, as ICE recently arrested an immigrant in Los Angeles after he dropped his daughter off at school.

Other educational communities within Texas have already begun to take action before the bill was enacted. NPR Austin reported that Rodriguez Elementary in South Austin hosted an event for Education Austin’s “Know Your Rights” seminar. The seminar was made possible with a $30,000 grant from the National Education Association, and reviews what a person’s rights are if ICE agents stop them on the street. Future seminars on how parents should interact with ICE agents will surely be updated, given the passage of SB4.