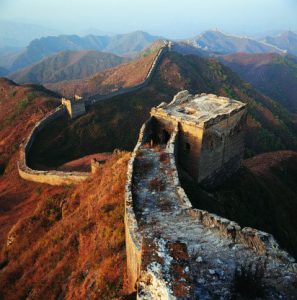 The expansion of Confucius Institutes in Africa is continuing with new centers in Malawi, one of the world’s poorest countries. Speaking during the inauguration ceremony of the Institute at Kamuzu College of Nursing (KCN) in the capital city of Lilongwe, Malawi’s minister of education, science, and technology, Dr. Emmanuel Fabiano, said China and Malawi are engaged in a number of partnerships that are going to benefit from this initiative.

“There are a lot of Malawians training in China who study interactions in trade, health, and the contribution of the Chinese government in development activities through grants and loans. The establishment of the institute, which will be the center of teaching of Chinese language and culture through formal and informal approaches at the university and other nonacademic institutions, is in line with Malawi education policy, which is encouraging students to learn more than one international language,” said Fabiano. “We want students and all people to learn as many foreign languages as possible in order to increase their opportunities for work and doing business.”

The minister allayed fears that the Chinese language and culture may be a threat to the Malawian way of life, saying that Chinese joins other languages already taught in universities. “English is the medium of communication in Malawi, because we had the British. But we have also been teaching French, Latin, and Greek in some schools. So Chinese is just one of the many languages that we are promoting in the country,” he said.In his remarks, the Chinese ambassador to Malawi Shing Ting Wang said the global status of China as the second-largest economy has increased the demand from people wishing to study Chinese language and culture. “For us to meet this demand, we are setting up language schools through the Confucius Institute, so that other nations should not miss out on opportunities and promising futures available in China.” Wang went on to say that the Institute will serve as a place of cultural interaction between Malawians and Chinese people, offering mutual benefits.