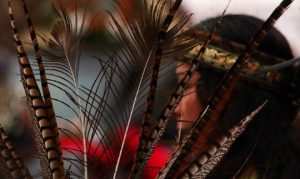 Despite being threatened with elimination under the proposed federal budget, the National Endowment for the Humanities (NEH) has announced a three-year partnership with First Nations Development Institute (First Nations) to foster the revitalization of Native American languages through immersion education programs within tribal communities.
There are currently approximately 150 Native languages spoken in the U.S., many of them spoken only by a small number of elders. Without intervention, many of these languages are expected to become extinct within the next 50 to 100 years, a significant loss of cultural heritage.
“When we lose a language, we lose not just a form of communication, but also the identity, traditions, customs, and history of a people,” said NEH acting chairman Jon Parrish Peede. “Through this partnership with First Nations, the NEH is proud to support an initiative that will safeguard endangered indigenous languages and nurture vibrant communities by putting Native American organizations at the center of language retention and revitalization efforts.”
NEH’s $2.1 million in funding will be matched dollar for dollar by First Nations to support curriculum development, technology access, and recruitment and training of teachers for twelve immersive Native-language programs a year. The programs will be designed with input from an advisory committee of Native-language immersion practitioners and members of Native communities to incorporate Native cultural content and culturally appropriate ways of teaching and learning.
Colorado-based First Nations is a Native-led nonprofit that strengthens communities through investment in innovative institutions and models that support economic development and sustain cultural knowledge and practices. Language retention and revitalization programs have been recognized as providing key benefits to Native American communities by boosting educational achievement and student retention rates. They also support community identity, Native systems of kinship, and management of community and natural resources.
Through this cooperative agreement, NEH and First Nations seek to stem the loss of indigenous languages and cultures by training new generations of Native American language speakers, and by establishing infrastructure and models for immersive Native-language programs that may be replicated in other communities.
This partnership is part of larger efforts at the NEH to preserve and document Native American language, history, and culture. For the past twelve years, NEH, in cooperation with the National Science Foundation (NSF), has awarded Documenting Endangered Languages grants to preserve languages on the brink of extinction through linguistic research and documentation. NEH also regularly supports preservation projects, documentaries, exhibitions, research, and education initiatives that deepen our understanding of indigenous American cultures.
The NEH grants include:
• $111,377 to the University of Montana’s Anthropological Museum to collaborate with representatives of tribal governments to preserve and rehouse a collection of cultural objects representing Great Plains and Rocky Mountain Front heritage.
• $150,000 to Sitting Bull College in North Dakota to help revitalize the Lakota/Dakota language through a master-apprentice language-learning program for Standing Rock Sioux Tribe members.
• $90,000 to the Indian Pueblo Cultural Center to conduct oral histories of women from the New Mexico pueblos for use in a documentary film, exhibition, lectures, and teachers’ workshops.
• $90,000 to the Manoa Heritage Center for educational programs and preservation activities related to Hawaiian language, culture, and history.
• $240,000 to St. Mary’s College of Maryland to conduct an archaeological study of eleven Native American sites along the lower Rappahannock River in Virginia.
• $150,000 to Vision Maker Media for an indigenous film festival that will bring Native-produced content to communities across the U.S. and related youth training curriculum and educational resources.
• $150,000 to the University of Wyoming for research and educational programs examining the ways the Eastern Shoshone and Northern Arapaho tribes of the West Wind Indian Reservation celebrate the natural world through stories, songs, and traditions.
• $150,000 to the Museum of New Mexico Foundation for a collaboration between the NM Department of Cultural Affairs and the Navajo and Mescalero Apache Nations to develop a permanent exhibit and education programs for the Bosque Redondo Memorial at Fort Sumner that tell the story of the forced relocation of Navajo and Mescalero Apache peoples in the 1860s.
• $175,000 to Archaeology Southwest for archaeological analysis of 43 Native American sites in Arizona’s Gila River Valley.
• $138,662 to Whitman College for a summer institute for college teachers on the history of indigenous peoples of the Columbia Plateau.
• $300,000 to the Colorado Museum of Natural History to rehouse a collection of 72,000 archaeological artifacts from North America to improve access for the public, scholars, and Native American tribes.
• $47,315 to the University of New Mexico to help preserve archaeological and ethnographic materials at the Maxwell Museum of Anthropology documenting indigenous cultures of the American Southwest. 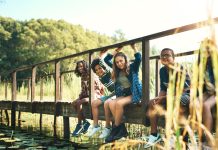