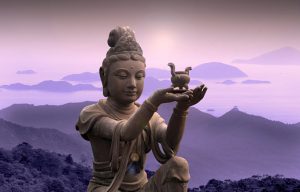 The National Museum of Chinese Writing in Anyang, in the province of Henan, is offering 100,000 yuan (about $15,000) to anyone who can definitively translate a mysterious ancient Chinese character.

The museum has issued a worldwide appeal for help to decipher thousands of characters cut into bones and shells, known as Oracle Bones, which date back more than 3,000 years. The inscriptions, resembling modern characters, are the earliest written records of Chin¬ese civilization and record information on many daily aspects of life during the Shang dynasty. So far, less than half of the roughly 5,000 characters found on excavated bones have been translated, so the museum is now hoping that cash incentives and technology will help reveal the meaning behind the rest.

In a notice posted on its website earlier this month, the museum said it would pay 100,000 yuan for a definitive explanation for each uninterpreted character. It is also offering 50,000 yuan for anybody who can provide a definitive explanation for a disputed character. The museum is encouraging researchers to use cloud computing and big data along with traditional methods to generate breakthroughs in understanding.

Oracle bones first became known in the wider world in 1899, when Chinese antiquarian Wang Yirong found the script engraved on “dragon’s bones”, an ingredient used in a type of traditional Chinese medicine.

The discovery triggered wide interest among wealthy collectors, many of whom fell prey to forgeries. It also provoked controversy at the time, because many scholars doubted whether the Shang dynasty had really existed. In the 1920s, many oracle bones were excavated near ¬Anyang, the late Shang dynasty capital, and researchers confirmed that they dated back to the Shang era, the start of China’s Bronze Age, when people learned to how to make weapons and tools with the alloy instead of stones.

Archaeologists have so far unearthed about 200,000 oracle bone fragments and about a quarter of them have inscriptions. Despite being in pieces, favorable soil conditions meant many of the bones were well preserved.

The inscriptions on the bones bear many similarities with modern Chinese writing.