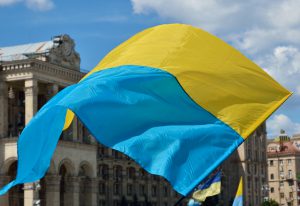 Thirty percent of Ukrainians in areas controlled by the Kiev government support granting official status to the Russian language, according to a new survey.

The poll, conducted by the Ilko Kucheriv Democratic Initiatives Foundation, found that 54.4% of Ukrainians were against Russian becoming an official language and another 15% of the respondents found it difficult to answer the question.

Four years ago, a similar survey found 32.2% of respondents in favor of Russian being official, and in 2016, the figure decreased to 30.3%, the survey noted.

The poll was carried out in July among 1,800 people in various parts of Ukraine with a less than the 2.3-percent margin of error. In war-torn eastern Ukraine, people were surveyed only in areas controlled by Kiev.

The Ilko Kucheriv Democratic Initiatives Foundation (DIF) grew from the Ukrainian citizens’ movement (Narodny Rukh) in 1992 to pursue the ideas of Rukh activists on developing an independent Ukraine’s state and governance, market economy, and civil society. According to the Policy Association for an Open Society, a Western-leaning network of policy centers, “DIF has acquired a reputation as a highly respected research and education organization, and a credible source of information. DIF’s track record includes more than 200 accomplished research projects, hundreds of analytical publications, and several internet resources.”