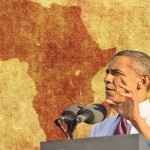 According to the 2011 census, just .03% of Americans speaks an African language. However, the United States was ranked third for capital investment in African countries in 2014 begetting the argument that more Americans should learn African languages. The Financial Times reported that, “the U.S. was the top source country by number of [African] projects last year, with 67 U.S. companies launching or announcing 97 projects – a 47% rise on the previous year’s tally.” As China is reaching out to many countries, including Nigeria, Kenya, and South Africa, with the agenda of language learning and cultural exchange in order to promote growing international business relations, some argue that the U.S. should step up its soft power.

“In most African countries a child is born in a particular linguistic community where they grow up speaking that community’s language,” Angaluki Muaka, a professor of African and African-American studies at the University of Minnesota, who is in favor of promoting African languages in the U.S., told Quartz. “When they start school, they’re taught a colonial language and one of a country’s major languages, sometimes referred to as a ‘national language.’” Muaka continued, “We should also not overlook the growing population of African immigrants in the U.S. Not only do these immigrants produce heritage learners of African languages, but knowledge of their languages would considerably enhance U.S. government service-delivery to their communities.”

Muaka noted that the biggest difference in Chinese and American approaches to international investment in Africa lies in language learning. “A new or foreign language opens incredible doors of opportunities. Americans would tremendously benefit from learning African languages, especially regional lingua francas like Kiswahili of East and Central Africa, Hausa and Yoruba in West Africa; Zulu, Xhosa, and Shona in Southern Africa; Somali in the Horn of Africa; Arabic in North Africa, et cetera,” she said.

James Foreman-Peck, a professor of economics and international development at Cardiff Business School, doesn’t agree; “The commercial value of learning a language depends on the number and level of income of the group of language speakers. My impression is that most of Africa has a long way to go before its languages become commercially valuable. Law and order would help, along with a marked reduction in corruption. These would encourage economic growth and create a market worth selling to. Then there would be a demand for Nigerian languages perhaps. Even so, Mandarin must surely trump all of them.”