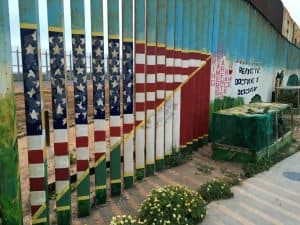 Today, California State Superintendent of Public Instruction Tom Torlakson went to Mexico to meet with leaders of Baja California’s education system, to increase cooperation, and better serve California students who end up attending school on both sides of the border.

Torlakson and his counterpart Miguel Ángel Mendoza González, the Secretary of Education for the State of Baja California, discussed making it easier to share student records, encouraging more teachers in both nations to be trained in bilingual teaching, and expanding teacher exchanges between Mexico and California to promote bilingual education.

“It is so important at this time to let the people of Baja California and Mexico know that we are extending the hand of friendship,” said Torlakson. “By working together, we can improve the education of students who formerly attended schools in California and may eventually return to California. We can also help meet the needs of Mexican born children attending school in California,” he said. “We are a strong team together! Somos un equipo fuerte!”

Over 50,000 U.S. citizens are attending school in Baja California, of which the majority are from California. These students returned with their families for economic and familyreasons, including deportation. This figure looks set to rise, as deportation orders increased by 31% from February through July nationwide, according to the U.S. Department of Justice.

Many of these students are not literate in Spanish and are unfamiliar with Mexican culture.

California has an estimated 300,000 students who are undocumented, while another one million students live with one parent or guardian who is undocumented.

Torlakson has supported the “Safe Haven” movement, designed to reassure students and parents that they are welcome at school, regardless of immigration status, and has made efforts to inform them that the law does not allow schools to divulge student immigration status, except under limited circumstances.

Torlakson wants to expand the California Department of Education (CDE) teacher exchange program, which places Spanish-speaking teachers from Mexico and other nations in California public school classrooms. Demand for bilingual instruction is projected to increase because last year the state  approved Proposition 58, which removed outdated barriers to bilingual and multilingual instruction.

Torlakson toured two schools in Tijuana and met with teachers, students, and administrators. The visit was a follow-up to his meeting earlier this year with education leaders in Mexico City.