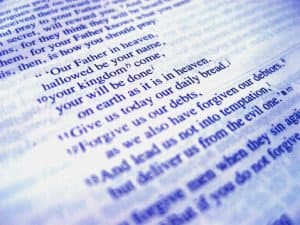 On Italian TV, the Pope said that “lead us not into temptation” was not a good translation because God does not lead humans to sin, so it should be replaced with “do not let us fall into temptation.”

“Do not let me fall into temptation because it is I who fall, it is not God who throws me into temptation and then sees how I fell,” he explained, adding:”A father does not do that, a father helps you to get up immediately.”