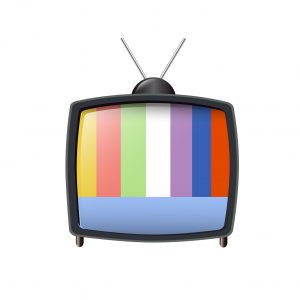 Last month, an episode of ABC’s primetime sitcom Fresh Off the Boat, called “Ride the Tiger,” broke ground by being about 50% spoken in Mandarin.

Writer Jeff Chiang explained the rationale behind it to the Hollywood Reporter: “As a first-generation Chinese-American who grew up in the 1990s, I didn’t see a whole lot of Chinese people in American pop culture… Although there weren’t many Asians on TV back then, it didn’t stop me from devouring every sitcom I could watch. And now, I look back on the shows that I loved with a more critical eye and see that beyond the fact that they were hilarious, I enjoyed them because of the universality of their specificity. They were honest to the life experiences of their writers and, because of that, a diverse audience who may not have lived the same lives as the characters on those shows still felt like they could relate to them in a very personal way.

“I think that’s why writing for Fresh Off the Boat is a very meaningful experience for me. Working as a TV writer, I never thought there would be a primetime network sitcom centered on an Asian family. The fact that I get to work on it and pull so directly from my childhood, being a half-Chinese kid raised in a Mandarin-speaking household, is still hard to wrap my head around.

“So, to answer the original question, why did we do an episode that features an entire storyline spoken in Mandarin? Because on a TV show about a Chinese family, we can. And hopefully people will enjoy it.”