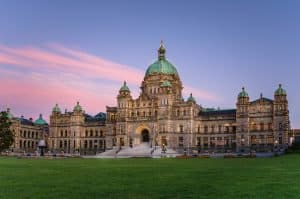 Finance Minister Carole James said during her budget speech that “of the 34 languages in our province, eight are severely endangered, and 22 are almost extinct… funding is going to flow immediately because there is no time to lose.”

According to the First Peoples’ Cultural Council’s language program manager, Aliana Parker, the money will go to the priority areas of programs and projects that will turn new speakers into fluent speakers, projects for documentation of the languages, and language planning across communities.

“This $50-million is a great start to responding to the need out there for funding for languages,” Parker said. “We’re really excited to see how all the languages can move forward with this extra support.”

The FPCC will expand community immersion programs that support the development of fluent speakers of Indigenous languages. For example, a program has been created that links fluent speakers with learners for immersion training (called the Mentor-Apprentice program). A separate program, called the Pre-school Language Nest program, gives children and their parents access to language immersion environments. Another project, will help get speakers who can somewhat understand the language but cannot speak it reach full fluency.

“Language is critical for connecting Indigenous peoples to their culture, spirituality, identity and land,” said Scott Fraser, Minister of Indigenous Relations and Reconciliation. “For too long, Indigenous language has been under threat. The time has come for us to support First Nations in exercising their human right to speak and pass on their language and culture.”

“We are taking action now to support Indigenous communities’ work to preserve and revitalize endangered languages – languages that are cornerstones of cultural and social identities across our province,” said Carole James, Minister of Finance. “By investing in Indigenous languages, we invest in the future of Indigenous communities. I am proud our government is making this historic commitment.”

The initiative has not gone without criticism, however. BC liberal, Mike Morris claimed the money would be better spent on policing. “Here we have people suffering every day from alcohol abuse, domestic violence, sexual abuse, and preserving languages is a higher priority than putting that money into extra policing resources,” Morris said.