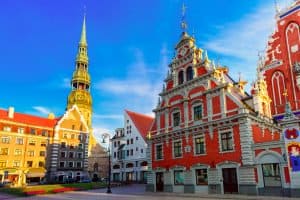 Last month, the Latvian Parliament (Saeima) passed amendments to its education laws according to which ethnic-minority schools will have to transition to Latvian-only secondary education in the 2019/2020 academic year. In passing the amendments, lawmakers rejected a petition calling for the preservation of bilingual education signed by over 10,000 Latvian citizens.

When education and science minister Kārlis Šadurskis proposed the education reform late last year, it caused a wave of protests from Latvia’s Russian-speaking community.
Aware of the political consequences, Prime Minister Māris Kučinskis pushed for the reforms to be adopted quickly so that the issue would be settled before the general elections scheduled for early October.

Already in preschools, starting from the age of five, new education guidelines will be introduced in 2019/2020 school year, providing for a bigger role of the Latvian language in the study process.

Starting in 2021/2022, all general education subjects in high school (grades 10–12) will be taught only in Latvian, while children of ethnic minorities will continue learning their native languages, literatures, and subjects related to culture and history in their respective minority languages.