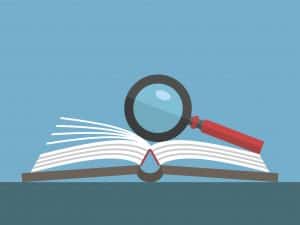 Richard Lederer celebrates “the most impressive collective achievement of our civilization”

This year marks the 90th anniversary of the greatest monument ever erected to the English language. In 1857, the idea of a comprehensive “dictionary of historical principles” was first presented. On June 1, 1928, the first two complete twelve-volume sets were formally presented—one to King George V and one to President Calvin Coolidge.

It took almost three-quarters of a century to complete the original tombstone-sized, twelve-volume edition and 29 years to update it in an integrated 22,000-page, 20-volume second edition that consists of nearly 60 million words.

As a lexicon based on historical principles, the Oxford English Dictionary is an undertaking that attempts to record the birth and history of every printed word in the language from the time of King Alfred in the ninth century and how their forms and meanings changed over time to the date of publication.

I urge you to learn more about this magnificent tribute to our collective love of the English language in Simon Winchester’s The Meaning of Everything: The Story of the Oxford English Dictionary (Oxford University Press). Here is how Winchester describes the grand plan of the OED:

“No, nothing that had been made so far was good enough. What was needed was a brand-new dictionary. A dictionary of the English language in its totality. From a fresh start, from a tabula rasa, there should be constructed now a wholly new dictionary that would give, in essence and in fact, the meaning of everything.

“Moreover, the book must be sure to present an elegantly written and carefully thought out definition, an exquisite summation of every single sense and meaning of every word ever known. It had to explain, in detail and as comprehensively as could be ascertained, every single word’s etymology. And it had to offer up a full-length illustrated biography of every word.” In The Meaning of Everything, you will come to know the OED’s editors—the brilliant but tubercular Herbert Coleridge, grandson of the romantic poet Samuel Taylor; the colorful, boisterous Frederick James Furnivall, who left the project in a shambles; and, most prominently, James Augustus Henry Murray, the indefatigable Scottish schoolmaster who spent half a century bringing the dictionary to fruition. Such was Murray’s passion for the aborning dictionary that before the Oxford University delegates added three subeditors to the staff, he was working 90 hours a week caught in the web of words.

The OED editors appealed to the public for help, and thousands of ordinary citizens from all around the English-speaking world signed up. These volunteer readers supplied the raw material for dictionary entries, actual examples taken from books and documents showing how each word was used at different periods in its history.

Over more than seven decades, they sent to the OED staff more than six million slips of paper with recorded usages. These were housed in an ugly corrugated-iron shed that Murray grandly dubbed the Scriptorium—the Scrippy or the Shed, as locals called it. Murray lined the Scriptorium with pigeonholes, but there were never enough to hold the mountain of handwritten slips. They arrived in parcels and sacks, a dead rat in one, a live mouse family in another.

Among the legion of volunteer readers was Fitzedward Hall, a bitter hermit who obsessively devoted at least four hours every day for 20 years to the OED. Another devotee was Dr. William Chester Minor, a Civil War veteran locked away in an asylum for criminal lunatics. Minor was the madman in Winchester’s 1998 chronicle The Professor and the Madman, and the author recapitulates Minor’s journey from homicidal madness to ultimate redemption.

Author Anthony Burgess calls the OED “as much a poem as the source of poems, and hence the longest epic ever written.” What the pyramids were to the ancient Egyptians the Oxford English Dictionary is to English language scholarship—the most impressive collective achievement of our civilization. The difference is that inside the OED pulses something alive, growing, and evolving.

Richard Lederer, MAT English and education, PhD linguistics, is the author of more than 50 books on language, history, and humor, available at his website, www.verbivore.com. Please send your questions and comments about language to [email protected]