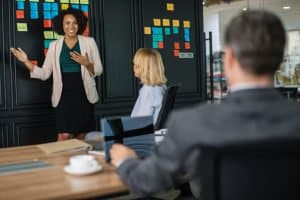 For the last 30 years, the world economy has been more global and multicultural than ever before. In any given country, foreign-based companies operate every day, while overseas branches of the same companies are often present in various countries. The job market is consequently more global, multilingual, and multicultural in nature, and the workforce of the future will need to be more linguistically and culturally heterogeneous.

In that context, bilingual and bicultural individuals, even with limited knowledge of one or more languages and their attendant cultures, have a clear advantage, since more and more jobs will require experience in international and cross-cultural areas.1

On the other hand, we also know that half of the world’s population speaks two or more languages and there are many places where bilingualism or multilingualism is the norm, for example in regions of Africa.2

So, will half the world then benefit from the new job opportunities created by a more global job market? Not exactly.

Being bilingual, bicultural, and biliterate are not equivalent skills, and being bilingual is not the only condition to be hired for any job. It does not replace a solid further education, but it is becoming obvious that linguistic and cultural fluency enhances one’s “human capital” (the measure of the economic value of a person’s skill set). More and more, at equal technical skills, a bilingual individual will be chosen over a monolingual person.

The main reason is that bilinguals display key qualities, unique transversal competencies, that are becoming increasingly important in a more internationally integrated job market. We can precisely identify four traits commonly shared by all bilingual and bicultural individuals that give a real edge in the global marketplace: better focus and multitasking abilities, better adaptability, increased cultural fluency, and more opportunities.

Focusing in a Connected World

First of all, the cognitive advantages of being bilingual are numerous, including increased mental flexibility and metalinguistic abilities, improved executive function, and better ability and more willingness to learn a third language. The reason is that when using two or more languages, ideas come from a common source. What Jim Cummins calls the common underlying proficiency (CUP) model explains that proficiencies involving more cognitively demanding tasks (such as abstract thinking and problem solving) are common across languages.3 The CUP provides the base for the development of both the first language and the second language, and consequently any expansion of the CUP that takes place in one language will have a beneficial effect on the other languages. This theory serves to explain why it becomes easier and easier to learn additional languages and why individuals can function with two or more languages with relative ease.

Along with the CUP, research shows that information about both languages is activated in the brain even when a speaker is only using one language. In addition, because all languages are constantly activated in the brain, bilinguals must deactivate the language not needed. By doing so, they enhance executive control functions (such as inhibition, working memory, and cognitive flexibility) and are better at focusing, multitasking, and selecting relevant information.

In an increasingly complex and connected world, with an overwhelming number of distractions and masses of information, the ability to perform multiple tasks at once while remaining focused and selecting relevant information is an essential advantage of being bilingual.

Adaptability in an Ambiguous World

Because all languages are constantly activated in the brain of a multilingual individual, bilinguals find themselves at various points on a situational continuum which will result in particular language modes.6

The language mode is the state of activation of the bilingual’s languages and language-processing mechanisms at a given point in time. At one end of the language mode, bilinguals are in a monolingual mode (in their first, second, or any additional language). They then have to choose and use the correct language and deactivate (or inhibit) the second one. At the other end of the continuum, bilinguals find themselves in a fully bilingual mode where they can code-switch or borrow between languages. So, in a sense, bilinguals have to adapt to the situation they are in. They use clues to select which language to speak, giving them more flexibility and ability to read others. In multilingual and global workplaces, people navigate constantly on the continuum.

Being bilingual helps develop more adaptability and social, emotional, and interpersonal skills. Indeed, bilinguals have to be more aware of the needs of the listener and others and have to navigate and express various and multiple perspectives. In a world charged with ambiguity and global challenges, the capacity to understand and appreciate the viewpoints of others is a stepping stone for success.

Cultural Fluency in Our Global Arena

Multilingualism also helps to build self-esteem and maintain a strong sense of identity while developing sensitivity toward other people and cultures. Bilinguals have direct access to two or more different cultures.

From a sociocultural perspective, thanks to in-depth knowledge of languages, bilinguals have a better grasp of the cultural diversity that exists in this world. They understand better that we are all unique individuals, with different culturally defining backgrounds, and that the world can be seen and described in different ways, particularly through cultural lenses. This develops cultural fluency, or the capability to relate and work effectively across cultures. Most bilingual people are also bicultural or have a broad knowledge of different cultures and understand that cultural fluency is essential. In our globalized environment, people equipped with the ability to communicate with diverse groups and with strong intercultural capacity have a tremendous advantage.

Lastly, being bilingual can give a head start that is not only beneficial early in life but is also cumulative over time. Indeed, while language skills have always been a requirement in some fields, such as trade or diplomacy, nowadays more and more traditional fields, organizations, and firms have a global reach. And while some research has shown that in the U.S. people who are bilingual often make less than people who are monolingual in similar jobs,7 the situation is changing rapidly, and being bilingual gives a clear head start in competition for the best high schools and universities.

Benjamin Boyer, academic director of the ESCP Europe (a top European business school) undergraduate program, described recently in the French newspaper Le Monde the kind of profiles ESCP is looking for in their new program: “What we are looking for are binational, trilingual profiles, but also good at math. Personalities who have lived experiences, lived all over the world and do not want to be confined to a single country in higher education.”8 Being bilingual clearly enhances people’s human capital at a time when the international competition for student recruitment is accelerating.  Workplaces are more global, and employees who are proficient in multiple languages and at ease in multiple cultures have more opportunities. These opportunities will continue to expand, as we are living in increasingly interconnected societies and workplaces.

In sum, in our global and ultracompetitive world, required personal and professional skills are more diverse and complex than ever. The ability to communicate efficiently in many languages across different cultures has become a necessity for many jobs.

Bilinguals possess transversal competencies, such as taking different perspectives, ignoring irrelevant information, problem solving, multitasking, and dealing with conflicting cues, that are and will be highly regarded in an increasingly integrated global work market.

One can only agree with Gregg Roberts, former dual-language immersion program officer for the Utah State Office of Education, when he said that “monolingualism is the illiteracy of the 21st century.”9 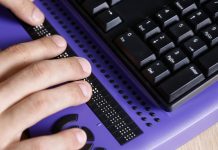