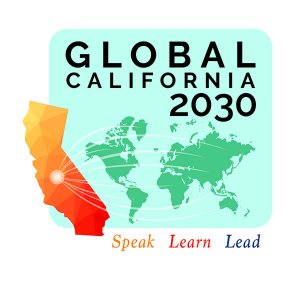 California’s superintendent of public instruction, Tom Torlakson, has launched Global California 2030, which is a call to action “to vastly expand the teaching and learning of world languages and the number of students proficient in more than one language over the next twelve years.”

In recognition of their tireless efforts to expand multilingualism in California, Jan Gustafson-Corea, CEO of the California Association for Bilingual Education, mastered the ceremony, and Shelly Spiegel-Coleman, executive director of Californians Together, delivered an inspirational speech.

The initiative’s aim is to better prepare California students for the 21st-century economy, broaden their perspective and understanding of the world, and strengthen the diversity of backgrounds and languages that make California’s culture and economy vibrant and dynamic.

“The mission of Global California 2030 is to equip our students with the world language skills to succeed in the global economy and to fully engage with the diverse mixture of cultures and languages found in California and throughout the world,” Torlakson said. “We are setting high goals and dreaming big to help our students and our state.”

Global California 2030 goals include:
By 2030, half of all K–12 students participate in programs leading to proficiency in two or more languages, either through a class, a program, or an experience.

The number of students who receive the State Seal of Biliteracy, which is nationally recognized for college admissions and career opportunities, more than triples from 46,952 in 2017 to more than 150,000 in 2030. By 2040, three out of four graduating seniors earn the Seal of Biliteracy. The seal is earned by demonstrating proficiency in a language in addition to English.

The number of dual-immersion programs that teach languages besides English quadruples from about 400 in 2017 to 1,600 in 2030.

The number of new bilingual teachers authorized in world language classes more than doubles between 2017 and 2030.

The initiative was inspired by the views California voters expressed so clearly in 2016, when they overwhelmingly approved Proposition 58, a ballot measure to eliminate barriers to dual-language immersion programs.

Its launch also coincided with today’s call for action by leaders in American business, government, and education, including Language Magazine, to support a national effort to strengthen language education so that individual Americans can more effectively participate in a global society and the nation as a whole can prosper in a global economy.
#AmericasLanguages

“As the world comes closer together, fluency in another language opens up opportunities for people to succeed economically and to take part in diverse cultural activities,” Torlakson said as he called on educators, parents, legislators, community members, and business leaders to help create a multilingual California. Widespread support will be needed to expand access to world language classes, programs, and experiences; to train more bilingual teachers; and to improve the quality and availability of advanced language classes.

“Our ambitions for Global California 2030 are high, but so is our ability to work together with our partners toward common goals,” he said. “Together, we have the skills, creativity, and vision to give all students the opportunity to learn another language.”
For more information, visit the Global California 2030 web page (https://www.cde.ca.gov/eo/in).