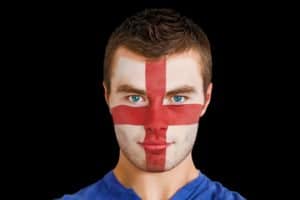 According to the British Council’s 2018 Language Trends survey of schools in England, less than half of 16-year-olds study a language other than English, down from three fourths in 2002, and Britain’s exit from the European Union was cited in the report as having a “negative impact on student motivation and/or parental attitudes towards language learning.”

Figures for GCSEs – exams taken by English students at the end of compulsory education, when they are aged 16 – are key to assessing trends. In 2002, about three fourths of students studied languages other than English for their GCSEs. Two years later, the government stopped making languages compulsory at GCSE, and by 2011, participation had declined to just 40%. This climbed back up to 49% in 2014, after the introduction of the English Baccalaureate, which measured schools on the proportion of students who took a combination of math, English, sciences and humanities, including a modern or ancient language.

However, the latest figure has dropped back to 47%. Students in London are more likely to choose languages than their peers outside the capital, as are girls and students at merit-based schools.

After the age of 16, overall enrollment is stable, but figures French (still the most popular foreign language taught in English schools) have dropped by nearly a third since 2005, while German is down by 37%. However, numbers for Spanish and other languages have increased substantially.

Brexit is affecting teacher supply and student motivation. More than two thirds of public schools and 78% of private schools currently employ teachers without UK citizenship who are citizens of other EU countries. Schools report negative impacts on staffing, and fears about future recruitment and retention of language teachers.

Higher standards may also be affecting enrollments. From September 2017, the British government introduced new exams at GCSE and A level (the exams taken after two years of study, at the age of 18), that were designed to be more rigorous and elevate standards of language competence.

Teachers report that because the new language exams are more difficult and require a lot of learning in a relatively short space of time, fewer students are choosing to try them. More than two thirds of public schools say that lower-ability pupils are now less likely to take a language at GCSE level. One respondent commented that ‘the new GCSE will make better linguists, but this is only true for the few higher-attaining pupils’. In short, language learning in English schools is becoming skewed towards higher ability pupils.

Native speakers and heritage learners make up a sizeable proportion of candidates for language GCSEs. These students often study outside of school time, or as an extra subject. While it is positive that these pupils, who already have access to another language outside school, are able to gain a qualification, “their addition to the figures conceals a crisis in traditional language learning post-16,” according to the British Council report.

The Language Trends survey also showed economic inequalities in access to language learning. Schools which take in larger proportions of pupils who are eligible for free school lunches timetable languages for fewer hours per week during the compulsory phase. They also allow more pupils to drop languages after only two years, and have lower participation rates at GCSE level. Private schools have a higher uptake of languages, offer a more diverse range of languages, and provide more opportunities for international experience compared to those in the public sector.

In the UK, England, Scotland, Wales, and Northern Ireland decide their own educational policies. In Scotland, policy is based on the European Union 1 + 2 model, which is “designed to create the conditions in which every child will learn two languages in addition to their own mother tongue.”

The report concludes that: “The responses show the challenge of overcoming the social and cultural divide that the Brexit vote revealed. Unless we can achieve greater equity in language learning, so students from all backgrounds can benefit from the rich opportunities that learning a language offers, this divide may become even wider.”