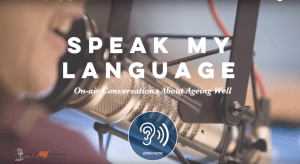 Speak My Language is a new radio program that has launched with the goal reaching out to aging populations across Australia. The project harnesses the power of radio to inform diverse seniors about aged care, health, and wellbeing. The Australian government funded the project with a $1 million backing. Aged Care Minister, Ken Wyatt AM announced via the Australia Department of Health that the program would keep multilingual communities up to date with age-specific information, especially those from diverse backgrounds.

The program will be initially broadcast in Chinese, Russian, Spanish, Portuguese, Serbian, Macedonian, Hindi, Arabic, and English, which a second phase laid out to expand the program to up to 25 languages.

“More than 1,000 people’s stories will be broadcast live and podcast to promote ageing well,” Wyatt added. “Over 600,000 older Australian people were born in countries where English is not the first language. These people have contributed enormously to the economic and cultural wealth of our nation, and the Turnbull Government [Executive branch of government in Australia] is committed to ensuring they have access to high quality aged care services that are sensitive, inclusive and culturally appropriate.”

Mary Karras, chief executive officer of the Ethnic Communities’ Council of NSW, told SBS Australia, “By telling their stories in their own language using their trusted ethnic radio program, they are able to connect with members of their own community and share strategies to overcome the ageing barrier.”

The program will be broadcast across 80 ethnic radio stations in New South Wales, Queensland, Victoria, Tasmania, and the ACT. The program partnered with SBS Radio, NEMBC, Ethnic Communities’ Council of NSW, and the Ethnic Communities Council of Queensland among others. The programs can also be accessed online for free at https://www.speakmylanguageradio.com/listen for those without radio access. The website also features free resources for aged care, dementia, care support booklets, accessibility and more in each of the offered languages.

See below for the Speak My Language intro video.