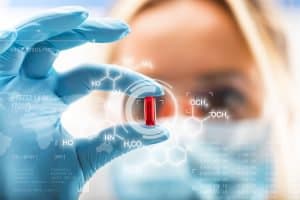 Inquiring Scientists, Inquiring Readers in Middle School: Using Nonfiction to Promote Science Literacy couples the Common Core Standards of middle school science with the multimodal aspects of literacy (e.g., reading, writing, speaking, viewing, and listening). Shiverdecker and Fries-Gaither have developed a convenient handbook for those instructors who wish to transform their middle school science lectures into integrative engagements wherein students are prompted to think differently. Shiverdecker and Fries-Gaither begin by describing the format of the text in addition to explaining how the text should be used. The text is separated into two segments. Part I, “Integrating Science and Literacy Instruction,” serves as a how-to for first-time users. Here, the authors demonstrate how and why literacy can be integrated into middle school curriculum.

The second segment of the text, “The Inquiry Units,” consists of ten units which comprise scientific background information, common misconceptions, an annotated list of the texts, safety considerations, strategies for differentiation, supporting documents, and suggested assessments. These units are made up of children’s literature, newspaper and magazine articles, online materials, infographics, and videos which investigate topics from “chemistry, toys, and accidental inventions” to “the toes and teeth of horses.”

Shiverdecker and Fries-Gaither have included interactive learning strategies with middle school science content such as flow charts, graphic organizers, and flashcard templates. Each of the ten chapters outlines the significance of life, physical, Earth, and space science in respect to the Next Generation Science Standards, Common Core State Standards, and English language arts. Contrary to the book’s cover, Inquiring Scientists, Inquiring Readers in Middle School makes up for the lack of color by displaying text and headings in large, bold, and easy-to-read fonts. The text is certainly accessible to middle schoolers grades 6–8, in addition to being teacher friendly. This design encourages collaborative group work as well as independent study by way of comp checks and investigative journals.

With this second installment, Shiverdecker and Fries-Gaither have created an interactive textbook that partners middle school science explorations with the element of literacy. This stylistic text presents inquiries wherein students are queried to write on subjects from scientific arguments to visual representations of a science concept. This contemporary approach to science learning provides a new alternative to spoon-fed middle school lessons.

John Pervez is an MA candidate in English at California State Polytechnic University, Pomona. His research interests include exploring ELL reading stamina and recollection as affected by traditional and digital media. 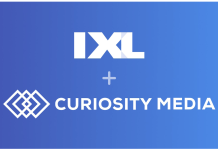