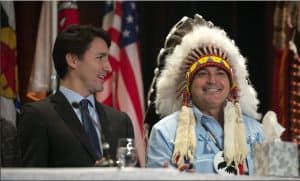 Canada’s federal government plans to recognize Indigenous languages as a constitutional right and create a new office of commissioners to protect and promote them under new legislation this fall, according to Canadian Heritage Minister Mélanie Joly.

The details of the upcoming Indigenous languages bill are part of a list of principles co-developed over the past year by federal officials and national First Nations, Inuit and Métis organizations, Joly said in an interview.

“We’re dealing with the impact of colonialism in our country,” Joly said. “There’s such an urgent need to act. Right now, for some languages … we’re at the last generation of people speaking the languages,” she said. “This legislation will be a huge step toward reconciliation.”

During the 2015 federal election, prospective PM Trudeau pledged to provide new funding to “promote and preserve” Indigenous languages. Last year, Joly and the leaders of the Assembly of First Nations, Inuit Tapiriit Kanatami, and Métis National Council launched a consultation process to inform future legislation to protect and promote the 90 Indigenous languages and dialects that the United Nations has identified in Canada.

Joly announced the government plans to consult stakeholders over the summer before tabling legislation in the fall, with the aim of passing the law before the 2019 election. She told the Toronto Star that consultations will now focus on a list of principles agreed to with the national Indigenous organizations. These include the recognition of Indigenous languages as a “fundamental right” under the constitution, as well as a plan to create an office of at least three commissioners to advocate for Indigenous language rights once the bill becomes law, she said.

Funding for education and government services will likely depend on demand and the number of language speakers in various regions across the country, Joly said.

Canadian Heritage will spend up to $100,000 for the next 10 months to hire a supplier to assist and provide policy advice in the development and drafting legislation to promote, preserve and revitalize Indigenous languages.

To date, the government has the intention of awarding this Advance Contract Award Notice to a former General Counsel with the Department of Justice, if no other suppliers step forward. J. Paul Salembier’s name is on the tender notice.

As prime minister in Dec. 2016, Trudeau announced the government would work with national Indigenous political organizations to develop legislation to create an Indigenous languages Act.

In June 2017, Canadian Heritage, the Assembly of First Nations (AFN), Inuit Tapiriit Kanatami and the Metis Nation launched the co-development of Indigenous languages legislation. Since the announcement, engagement sessions were held with the department, national Indigenous organizations, Indigenous experts and with language keepers.

In Dec. 2017, the AFN passed a resolution named the Support for Continued Co-Development Work on the Indigenous Languages Act calling on the federal government to officially recognize Indigenous languages like the English and French languages. Since the 1980s, AFN has passed close to 20 resolutions dealing with language preservation. 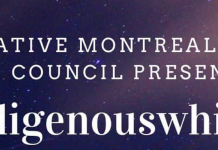 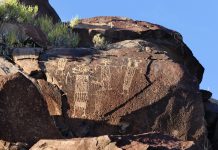 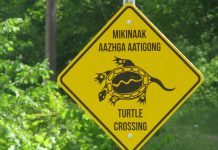