Galician is a Romance language spoken in Galicia, a region in the northwestern corner of Spain. It is the official language of the region, along with Spanish, and it has around 2.5 million speakers. It is used in the media, public life and the education system, where Galician language and literature are included in the compulsory curriculum at primary and secondary school. Galician Studies are also offered at degree level by the three Galician universities (Santiago, Vigo and A Coruña).

Last September, a report published by the Galician Statistical Institute showed that there has been a decline in the use of the Galician language by the new generations. The report is based on the outcome of a survey addressed to Galician households in order to gather information about different aspects of their socio-economic situation and all the data provided refers to the year 2018. Asked about their ability to speak Galician, 57.59% of people over five years old reported that they had a good command of the language, 30.46% said that they had a fair command and, finally, 11.95% answered that they had limited or no command of Galician. But, figures vary significantly according to age as 23.90% of the population under 15 claimed to have limited or no command of Galician whereas for population aged 65 and over that percentage goes down to 8.84%.  As can be seen, the amount of children who cannot speak much Galician (23.90%) doubles that of the whole population (11.95%) suggesting that Galician is ageing by being more popular among the older generations.

Looking back at a similar study carried out in 2008, the percentage of people under 15 who reported to have little or no knowledge of Galician was 16.36%, so there has been a clear setback in the last decade, which is also shown by the number of people who use Galician on a daily basis. According to the 2018 report, 30.57% of the population always speak Galician in their day-to-day life, a slightly higher figure than 2008 (30.29%), although lower than 2013 (31.20%). Similarly, the percentage of people who always speak Spanish (24.40%) has also declined compared to 2013 (26.25%), but it is higher than 2008 (20.28%). But, once again, people behave differently according to their age. Among people aged 65 and over, 48.48% always speak Galician and 29.91% speak more Galician than Spanish while only 13.65% says that they always speak Spanish and 12.96%  more Spanish than Galician. On the opposite side, most people aged 5-14 only speak Spanish (44.13%) or more Spanish than Galician (29.75%) whereas the percentage of people within that age who always speak Galician (14.27%) or more Galician than Spanish (11.85%) is considerably low. The number of children under 15 who claimed to always speak Spanish a decade ago was 29.59%, so the current data confirms the trend of young people progressively abandoning the use of the minority language in favour of Spanish.

Regarding the written language, the situation of Galician is much worse as only 16.64% of the population reported that they used Galician for writing on a regular basis. Among people who always speak Galician, only 36.19% use the same language for writing on their day-to-day life whereas 63.31% use Spanish. 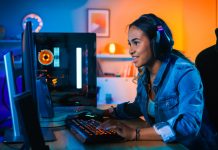 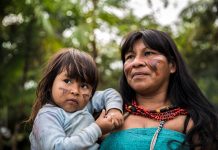 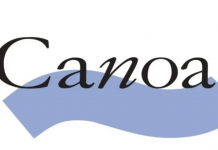