Educators, WE Can’t Wait for the U.S. to Change!
The global coronavirus pandemic took education systems by surprise, exacerbating the educational and economic inequities that have existed for centuries and continue to be overshadowed by what educators, sociologists, psychologists, and researchers call gaps (the “wealth gap,” the “achievement gap,” the “opportunity gap,” the “language gap,” the “gender gap,” and more), only to be addressed by surface-level conversations with individuals who hold the positional power to make effective changes but remain too distant from the issues of systemic racism to enforce the meaningful change that our children need to thrive. Educators, we can’t wait for the U.S. to change.

Existing definitions for gaps led me to consider a “COVID gap” that would be an umbrella term to describe other inequities that were exacerbated during or because of the pandemic. My role is to help individuals reduce the extended gaps. I can’t wait for change in the U.S.

If the global pandemic has done us any favors, it has caused an unavoidable disarray that had to be addressed by every citizen, bringing the questions raised by Cooper (2020) at the start of the “Pass the Mic” series to the forefront: “As educators, how do we make sense of the inhumanity? How can we teach lessons about equity and justice for all when the actions of society are in stark contrast to these ideals? How are we best preparing ourselves to model healthy citizenry for future generations?”

In order to answer this last question, we need to identify our priorities and clarify our identities. What is your first priority today? Are you a parent first? Are you a significant other or spouse first? Are you a teacher or organizational leader first? Are you Black first? Is your sexuality sometimes prioritized over your race? Or maybe your religion is top of mind for you today. The most prioritized role we play in society and in our personal lives is fluid, and we, as citizens, respond.

Sam Cooke’s classic 1964 single “A Change Is Gonna Come” was recently mentioned in the InsideHook article “25 Songs about Racism That Are Still Sadly Relevant Today.” In the hit single, Sam Cooke exemplifies the necessity of educator persistence and the detriment of the lack thereof. “It’s been a long, a long time comin’, but I know a change gon’ come.” These lyrics both inspired and motivated me to question when change will come. Why not now?

Change through Professional Learning
After unpacking the emotions provoked by the music of Sam Cooke, Tupac Shakur, and Kendrick Lamar, among others, I began to develop a program titled Power of Words. Soon after designing the program, I facilitated sessions at two charter schools in the New York City metropolitan area. While the participants walked away with multiple lessons, there were a few reflections that trickled into dialogue weeks after the session and that I believe will resonate with Language Magazine readers today. The key takeaways include:

1. The need for more emotional wellness: One critical component of trust and community building among colleagues, parents, and students is taking a moment to pause. Take an emotional or wellness break where students can share what’s on their minds anonymously.

2. Motivation to act now: Educators walk away from the program feeling triggered in ways that lead to change. They are unable to avoid the impacts of their learning and can no longer understand, hear, or participate in oppressive behaviors or ideologies without being deeply impacted.

3. Language lingers: Language is a central part of culture. Language contributes to the ways in which individuals live, survive, and lead. Language can be persistent in spirit-murdering for adults and youth alike.

If educators, parents, and youth continue to utilize and build on the foundational skills developed during the pinnacle moments of the COVID-19 pandemic, change will come, and it starts with care. “Tupac cares, if don’t nobody else care.” The care presented in Tupac Shakur’s song “Keep Ya Head Up” is also described as a “homeplace” for Black people.

Who Cares If Not You?
In 1990, Bell Hooks, a professor and social activist, coined the term homeplace, which she describes as a space for resistance (hooks, 1990):

Historically, African-American people believed that the construction of a homeplace, however fragile and tenuous (the slave hut, the wooden shack), had a radical political dimension… one’s homeplace was the one site where one could freely confront the issue of humanization, where one could resist. Black women resisted by making homes where all black people could strive to be subjects, not objects, where we could be affirmed in our minds and hearts despite poverty, hardship, and deprivation, where we could restore to ourselves the dignity denied us on the outside in the public world.

I would argue that today, a homeplace is also a space of companionship. A place where compassion thrives, equity and anti-racism discussions are being had, and structures and policies are being reimagined. Individuals in this space trust each other enough to share openly and honestly, even without professionalism, without the fear of being shamed, ridiculed, or oppressed in any way.

A school-system homeplace is a space where educators, parents or guardians, and students come to learn, discuss, and implement. The homeplace in 2020 is inclusive, resists spirit-murdering (Williams, 1987), and is where each individual’s unique and diverse cultural experiences are valued, appreciated, and incorporated into curriculum and dialogue. I would argue that without a homeplace, you risk the physical safety of the body and the conceptual murdering of spirits.

In order to consider the power of language, we have to make a conscious and intentional decision to create a homeplace that eradicates White supremacy in classrooms (in person or virtual), homes, and communities. To begin our journey, let’s acknowledge a few lesser-known facts about the assimilation of the cultures of people of color over the centuries:

• 1879: The Carlisle Indian Industrial School was founded as the first federally funded Indian boarding school. The school’s main goal was to “civilize” Indigenous children by removing them from their homes so they could adapt to White society.

• 1906: Chinese, Korean, and Japanese students were in segregated schools. At this time, everyone was in a segregated school learning from educators who looked like them and understood their cultures and learning styles and spoke the same languages.

• 1954: Brown v. Board of Education decided that segregated schools were unlawful. The first group desegregated, in Little Rock, Arkansas, became known as the Little Rock Nine. Leading up to the Little Rock Nine’s first few weeks of school, they were attacked, threatened, spat on, and more for attending a formerly all-White school.

Why am I choosing to share this information with you now? Well, if you were to engage in role play with a friend or colleague, what type of messaging would you imagine being used based on the assimilation of cultures during the moments of history shared? What is the language you would imagine being used? How might your confidence and engagement in your culture (language, religion, traditions, etc.) shift? How might your spirit be murdered and what might be the lasting effects?

To answer Cooper’s question, as educators, this is how we make sense of humanity.

My Language Matters
In 2015, the same year that Alton Sterling, Philando Castile, and Sandra Bland, all unarmed Black people, were killed at the hands of White police officers and/or in police custody, Kendrick Lamar wrote the song “Momma.” “He looked at me and said, Kendrick, you do know my language, you just forgot because of what public schools had painted.” In what ways are you contributing or have you contributed to the loss of culture or spirit-murdering stemming from miscommunication?

In July 1979, James Baldwin wrote about language, “It reveals the private identity, and connects one with, or divorces one from, the larger, public, or communal identity.” The ability to understand and connect through language is a diversity skill and should be acknowledged as such. We are all language learners who share our cultures, ideas, and creativity with one another through dialects, accents, and choice of words. How will your students reach liberation without learning about the history of resistance, family, and the traditions of prayer and music?

How do you expect your students to become anti-racist without unpacking, understanding, and having compassion for the racial history across this nation? How will you prevent spirit-murdering without increasing your self-awareness and centering impact over intent in every instance, including language?

These questions are catalysts to begin developing an equity lens that promotes the normalization of interpersonal interrogation, to begin closing educational, cultural, and societal gaps through word choices, empathy, and identity awareness. The thought-provoking questions in this article and moments in history will be helpful in starting or continuing your journey toward equity. Educators, we need to use our linguistic knowledge and harness the power of language to build a homeplace for our students. Our work starts now. Why not?

Cooper, A. (July 2020) “Dismantling Racism: Working from the Inside Out.” Language Magazine.

Love, B. (2019) We Want to Do More Than Survive: Abolitionist Teaching and the Pursuit of Educational Freedom. Boston, MA: Beacon Press.

Beavers has facilitated at education and social justice conferences across the country and continues to advocate for the human rights of the oppressed, primarily youth and families of color.

The Other Spanish Golden Age 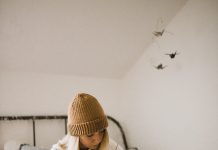